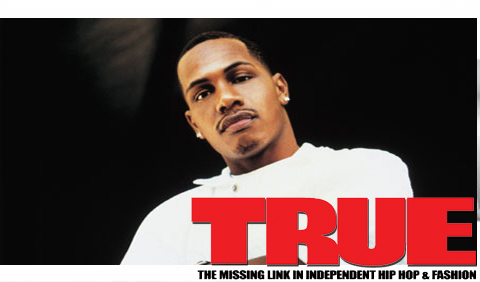 AZ The Visualiza reveals if he’s ever heard Eminem’s emulation of him and if he and Nas have finally reunited on wax, before recalling his game of drunken Monopoly with Biggie Smalls.

For anyone still wondering over a decade later what the man Eminem can be heard emulating on the title-track to his 1996 independent debut, Infinite, thinks of the inspiration he provided to the pre-Slim Shady superstar-to-be, that curiosity can finally be quelled.

“Oh wow, nah, I never peeped that, where that’s at?,” replied AZ when asked by HipHopDX on Tuesday (March 27th) if he has ever heard “Infinite.”

Eminem’s monotone and multisyllabic delivery over the Jazz-tinged track for “Infinite” drew its inspiration from AZ’s lyrical exercise “Rather Unique” from The Visualiza’s classic debut album, 1995’s Doe Or Die.

“I know I read something in Vibe where he said that AZ and Nas influenced him,” added Sosa. “And that was a good look. I appreciate that a whole lot.”

“Actually, I’m trying to get some production from him now as well,” he further revealed after being asked if he and Em had ever interacted with one another. “We’ve bumped heads. We have shook hands and saw each other before, but we never really politicked. Yeah, but I definitely need that production from him.”

The urgent need to link up with Slim Shady is because AZ is currently hard at work on the second half of selections needed to complete Doe Or Die 2 as he looks toward a third quarter release for the long-awaited sequel to his debut. And while securing some Eminem-crafted tracks might prove to be as difficult as his previous declaration to DX that he intended to secure some beats by Dr. Dre for a sort of sonic reunion between the two onetime collaborators in The Firm, Sosa has already succeeded in securing new tracks from the heavy hitters that helmed the original Doe Or Die, including Pete Rock, L.E.S., D/R Period and Buckwild.

The latter having laced AZ’s latest leak, “My N**gas” . The Buckwild-crafted cut however is not an official single from Doe Or Die 2, but rather a warm-up track to take the temperature of contemporary Hip Hop’s often lukewarm listeners, similar to 2010’s triumphant, Lil Wayne-sampling “I’m Ill,” whose jubilant response from fans set the wheels in motion for AZ’s Doe Or Die: 15th Anniversary project.

As AZ contemplates a possible pre-album mixtape, and awaits a contribution to Doe Or Die 2 from his “The Come Up” collaborator DJ Premier (to go along with already obtained tracks from “Bedtime Story” beatmaker Baby Paul and the man behind the satin smooth remix of “Gimme Yours” for the aforementioned Doe Or Die: 15th Anniversary album, Statik Selektah), the self-employed emcee is fielding offers from labels looking to partner with his Quiet Money Recordings for his highly anticipated attempt at bridging the gap between 1995 and 2012.

“I got some people reaching out here and there,” he noted of the interest from the industry, “but I know it’s always about the buzz. So that’s my main goal right now, to get the buzz back poppin’. And for me, I don’t think it’s hard. I’m in the best shape of my life, my hairline is still here [Laughs], and I feel good! I feel like I’m still the people’s choice.”