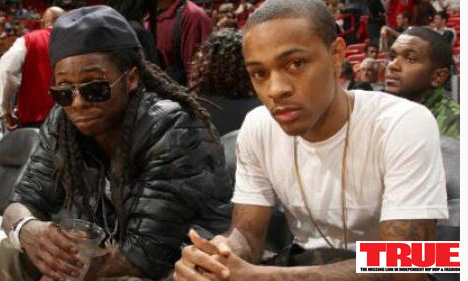 Amidst rappers taking sides and weighing in on Jay-Z and Lil Wayne’s beef, most recently fueled by Weezy’s “I’m Good,” Bow Wow weighed on the situation. The Young Money spitter didn’t stray from his YMCMB family in his statement.

“You know I’m YMCMB all day!” Bow Wow says proudly. “I think that’s what everyone wants to see[Jay-Z Respond]; both of them are at the top of their games, Wayne’s a heavy weight, Jay’s a heavy weight. Two different rappers, two different fan bases at the same time,” he continues. “For the peoples sake they want to see it because they want to be entertained by it. At the end of the day you know where I stand with it, YMCMB, you already know!”

TRUE Magazine Mixtapes: Plat’num – Class Of My Own

Problem – Mollywood 3: The Relapse (Side A)