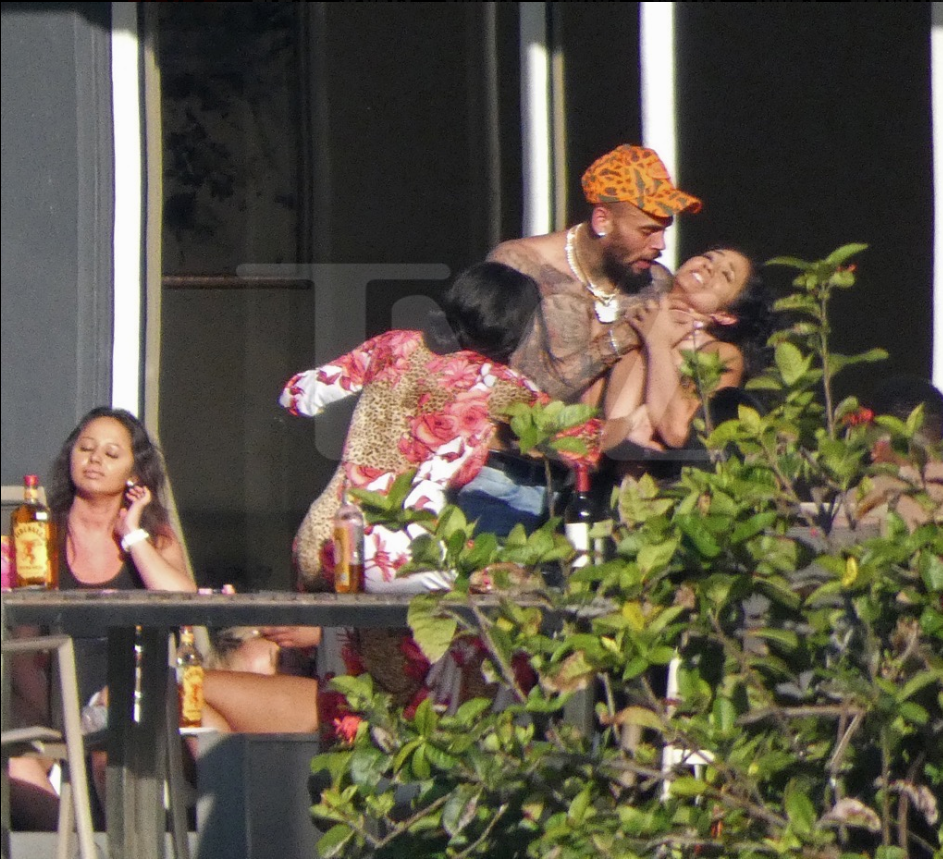 Chris Brown is facing backlash after photos of him with his hands around a woman’s throat were posted on social media.

TMZ reports that the photos were taken Monday at a home Brown was renting for Ultra Fest. Brown can be seen in the photos grabbing the woman’s throat as she tilts her head back and her friend appears to intervene.

The woman being grabbed by Brown goes through a series of emotions in the photos, ranging from playful to serious, then to frightened.

Brown’s attorney, Mark Geragos, who is famous for representing Scott Peterson in the infamous Laci Peterson murder trial, told TMZ, “She’s a friend. It’s obviously playful as she confirmed. Whoever invaded their privacy will be held accountable.”

Brown is no stranger to domestic violence, which makes the photos even more menacing.

According to TMZ, back in 2017 Brown’s ex-girlfriend, Karrueche Tran, told authorities in a sworn statement to the judge that she was threatened.

“Chris told a few people that he was going to kill me,” she said, adding that Chris allegedly told friends if he couldn’t have her, then no one else could.

Tran also said Brown was going to “take me out” and “threatened to shoot me.”

Prior to dating Tran, Brown was arrested in 2009 for assaulting then girlfriend, pop superstar Rihanna, on the way home from a Grammy party.

In the documentary, Brown admitted to losing control and said he’s still haunted by that night.

“I hate it to this day, that’s going to haunt me forever,” said Brown. “Like, I remember she tried to kick me, just like her beating s***, but then I really hit her, with a closed fist, like I punched her, and it busted her lip, and when I saw it I was in shock, I was ‘f***, why did I hit her like that’?

Brown has yet to respond about the newly-released photos of him allegedly choking the woman, but has been promoting his latest song “Freaky Friday” with rapper Lil Dicky, Ed Sheeran, Dj Khaled and Kendall Jenner.