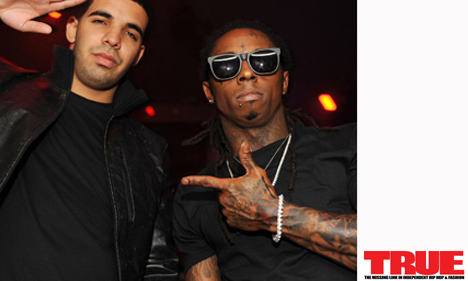 According to Birdman, Lil Wayne and Drake will in fact do a collaboration album together. There is no confirmed release date, but fans can expect the project sometime after the release and promotion of the two rappers’ upcoming albums.

Birdman also said to XXL, that people can expect an different vibe from the hugely promoted effort of dynamic duo, Jay-z and Kanye West.

“It’s older versus younger, I listened to a few songs [off Watch the Throne] and it feels like an older feel to me. I think with Drake and Wayne, they young. They young cats. You got 23 and 28. Then you got Jay-Z and them, who are older and really on their way out the game. Then you got Wayne and Drake and them, who are still youthful to the game. So, it’s two different types of music all the way across the board…I just think when Wayne and Drake get together is going to be something real special also because we more youthful.”

We’re not sure how the Cash Money founder, who is older than Jay-z, included himself in ‘we more youthful,’ but do you think Weezy and Drizzy Drake will put out a stronger effort than Hov and Ye?

(Young Bravo) Haze – Take Me Away