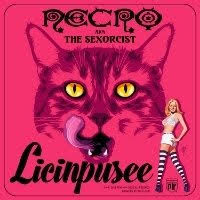 Sometimes the stars just align and samples spur creative ideas—in the instance of Necro’s “Licinpusee” (spelled as such for originality), when you locate an Indian song with a singer belting out the title of the track you go where your heart leads you.  Shot in Australia (Necro’s first trip to Australia in over six-years, after previously not being allowed into the country due to a legal matter) and Los Angeles, Necro also directed & edited this video himself as well and he continues to prove that he is good at a lot of things; chiefly among them pouring milk onto women in slow motion and being a cat whisperer. Necro will follow up “Licinpusee” with a new video for “Take Hip Hop Back” which features Immortal Technique and Vinnie Paz.