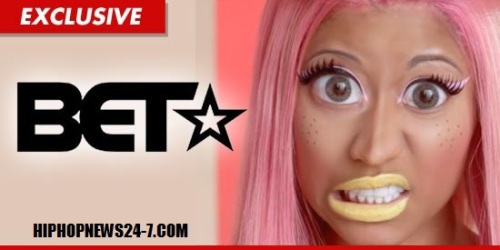 Don’t expect to catch Nicki Minaj’s latest music video “Stupid H*e” on BET — because TMZ has learned the network is REFUSING to air it.

We spoke with a rep for BET who wouldn’t specify exactly why the network has banned the video — simply saying BET will not be broadcasting it.

But sources at the company tell us, the ban was put in place because the video’s just too explicit for TV.

The song lyrics alone are bad enough — repeating the phrase “stupid h*e” dozens of times — but the video itself is damn raunchy too, showing several nearly naked female figures. Normally this is where we’d post the video … but in this case, just Google it.

It’s pretty great — especially if you like Nicki’s butt in a thong.

Will Keep You Updated!!!

Planet Asia “There Will Never Be Another One”