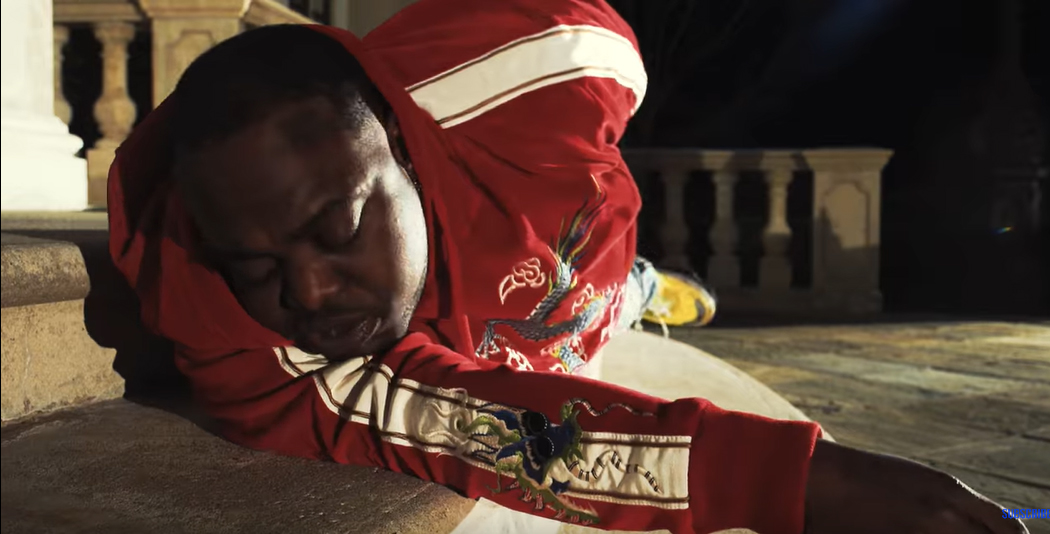 Atlanta stalwart Peewee Longway is known for his jovial, oddball demeanor and appearance, which has created several iconic music videos: “Loaded,” “MLK,” and “I Just Want the Money,” among many others. Ahead of the release of his next project, the Spaghetti J-produced Spaghetti Factory, he’s set to release the music video for lead single “I Can’t Get Enough.”

For the “I Can’t Get Enough” video, Peewee channels the infamous quaalude driving scene from Leonardo DiCaprio’s Wolf Of Wall Street. He commits to the role of an inebriated Jordan Belfort from start to finish, as he substitutes quaaludes for an expired bottle of lean in the visual as he rumbles and tumbles and drags his weight across the ground and towards his car, against the advise of his lawyer. “I Can’t Get Enough” is one of the standout tracks off Spaghetti Factory, due out April 13, an experimental mixtape for Peewee which trades in flashy features for strong lyricism and charisma from Peewee himself.