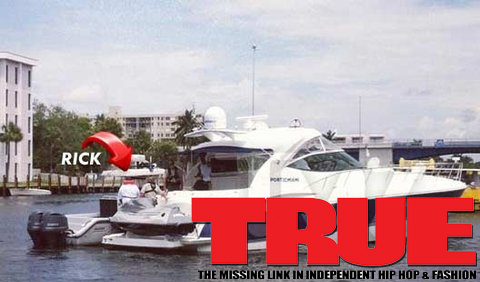 Cops in Florida were thiiiiiiis close to making a drug bust on Rick Ross’ yacht … if not for a quick-thinking cohort who ditched the evidence at the last minute … this according to law enforcement.

A rep for the Florida Fish and Wildlife Conservation Commission (yes, they can arrest you) tells us officers flagged down Rick’s boat on Thursday after noticing the odor of weed.

We’re told cops boarded the water vessel and conducted a search … but found nothing.

Now get this … cops tell us one of Rick’s homies ADMITTED to smoking weed onboard the ship … but claimed he threw the dope overboard when he noticed the officers.

The plan WORKED — a rep for the FWCC says because the officers didn’t find any marijuana on board, no arrests were made … and no further investigation will be conducted.

The lesson — see a cop, ditch your weed in the ocean.

Chauntae Pink Set To Take the Stage at #Octurnal

Reply
dissertation proofreading help at 9:57 am

free one on one gay sex chat on camera for masterbation https://bjsgaychatroom.info/