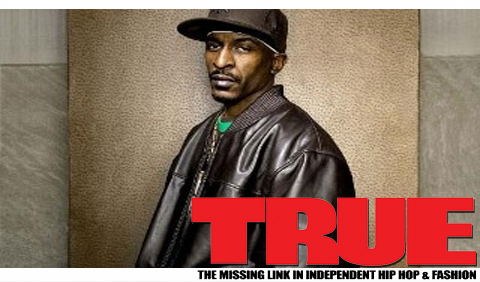 Rakim admires Kanye as an artist who can create new beats and rub them up against samples scavenged from 50 years of American popular music. “You’ve really got to appreciate an artist that’s really outspoken and feels like his music can change the world,” he explains, adding that he is impressed by the way Kanye’s sensibility has become more complex and thoughtful over time, even as his genius as a producer has continued to grow. “He’s living hard and he’s maturing now.”

Yet Rakim is also bothered by the “luxury rap” that Kanye and Jay-Z are promoting. He grew up in a working-class suburban town on Long Island, he tells me, where the first generation of New York rappers, including the likes of Melle Mel and the Cold Crush 4, seemed like impossibly distant and heroic figures. At the same time, he continues, the fantasies they created in their rhymes were shared with their audience, not alienating. “Even when you think of what the Sugarhill Gang was saying—‘after school, I take a dip in my pool’—he had no pool, he had no Cadillac, he didn’t have a lot of things he was speakin’ on.” Rakim worries that the enormous rift between the rap audience and millionaire rappers who rhyme about Gulfstream jets is robbing the music of inventiveness and joy. “It’s more like, ‘Look what I got’ or ‘You ain’t got what I got’ or ‘You got to get what I got,’” he says. “It’s making the listener a little envious of what’s going on, and it’s almost demeaning.”

When I tell Rakim about my earlier encounter with President Obama, he smiles. Unlike the president, Rakim says he prefers Kanye to Jay-Z. He stops himself for a moment, and then looks sad. “It’s good that the president knows about Kanye, but to have to call him a jackass?” he says, leaning forward in his chair. “He should be a little more focused … I mean, that exposure could have been ‘Yeah, Kanye, he’s a very interesting person.’ Instead of ‘He’s a jackass.’” (The Atlantic Magazine)

VIDEO: Future Speaks On Spending Money “I’ve Been Broke & I Don’t Want to Go Back”