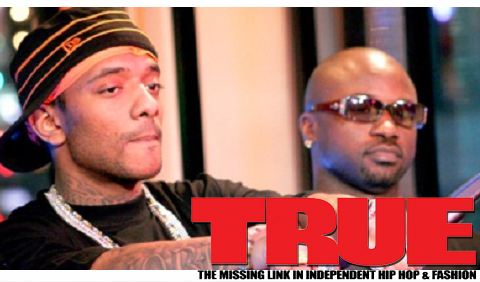 Mobb Deep fans can breathe a sigh of relief, as the group has released an official statement regarding comments from Havoc’s Twitter account about group member Prodigy.

Earlier this morning (April 9), fans of Mobb Deep were shocked to see a number of insults from Havoc’s Twitter account aimed at Prodigy.

Havoc told the fans that he was not hacked, he simply lost his phone, resulting in someone else sending out the bogus tweets.

“Just getting back into NY after my Easter weekend with family and friends in Jersey,” Havoc told the fans “I left my phone at a gas station yesterday evening while on my way to Jersey after a glorious Knick’s game.”

Havoc dismissed any notion of a break up of Mobb Deep, who released their first album Juvenile Hell in 1992.

“To all Mobb Deep fans: it’s business as usual,” Havoc told the fans. “It’s Mobb Deep all day!!! My twitter account @THEREALHAVOC will be down until further notice. The only other real account is @PRODIGYMOBBDEEP. Ignore the rest. One!”
———————————-
Blogger 2 Cents: In This Day of Age,I Know Street Dudes Know How To Use Cellphones & They Know A Thing About “Password Lock” On Phones. So You Telling Me,No One Showed Mr. Havoc How To Lock His Phone? and The Twist To This Is The Tweets Were From A Computer,Not A Phone. Im Just Saying,If You Squash Beef,Just Keep It 100. Thats All We The Fans Ask But Hey,Thats Just Me. – Fresh

VIDEO: Jin on His Battle With Serius Jones “It Ate at My Soul”

VIDEO: DMX Going In On Drake “You Didn’t Know Her.. Piece Of Shit.”