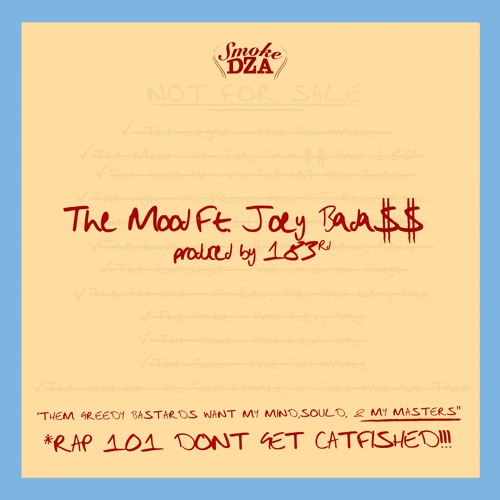 Smoke DZA is lacing 2018 with a new album with “Nor For Sale” which will be dropping on 4/20 (you already know) and he lace the fans with the first record off the project with Joey Badass on “The Mood” which will have you having flashbacks of Scarface’s Kanye produced “Guess Who’s Back” on this record. Check out the new record below and be on the look out for Smoke DZA’s “Nor For Sale” dropping April 20th.

Future – Where Ya At ft. Drake