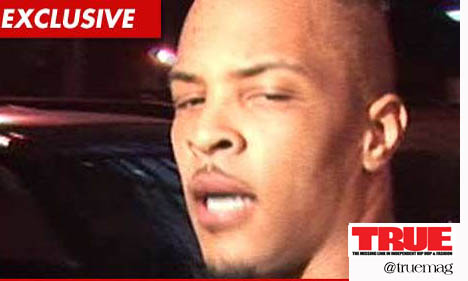 T.I. has just returned to a halfway house to complete his prison sentence — this after he was yanked out of the halfway house last week and returned to prison for allegedly engaging in shenanigans on his tour bus.

As TMZ first reported, prison officials sent U.S. Marshals to the halfway house last week, after concluding T.I. had unauthorized people on the bus that transported him there. Officials also claimed T.I. conducted business on the bus — something his reps strongly deny.

T.I.’s lawyer, Steve Sadow, tells TMZ, “We have good reason to believe that this favorable result was reached because of the proactive and assertive approach taken to protect T.I.’s rights by providing B.O.P. officials and the media with reliable and accurate information and that T.I. did not intend to violate his transfer furlough or any other B.O.P. rules en route from the prison facility in Arkansas to the halfway house in Atlanta.”

Sadow adds, “T.I. will be released from custody on Sept. 29, and then will be supervised by the U.S. Probation Office for a period of 1 year.”

TRUE-Magazine.com & Nesha Te’ree Gets a quick 5 in: I Got Next International

Mixtape: Rich Homie Quan – I Promise I Will Never Stop Going In (Hosted by DJ Drama)