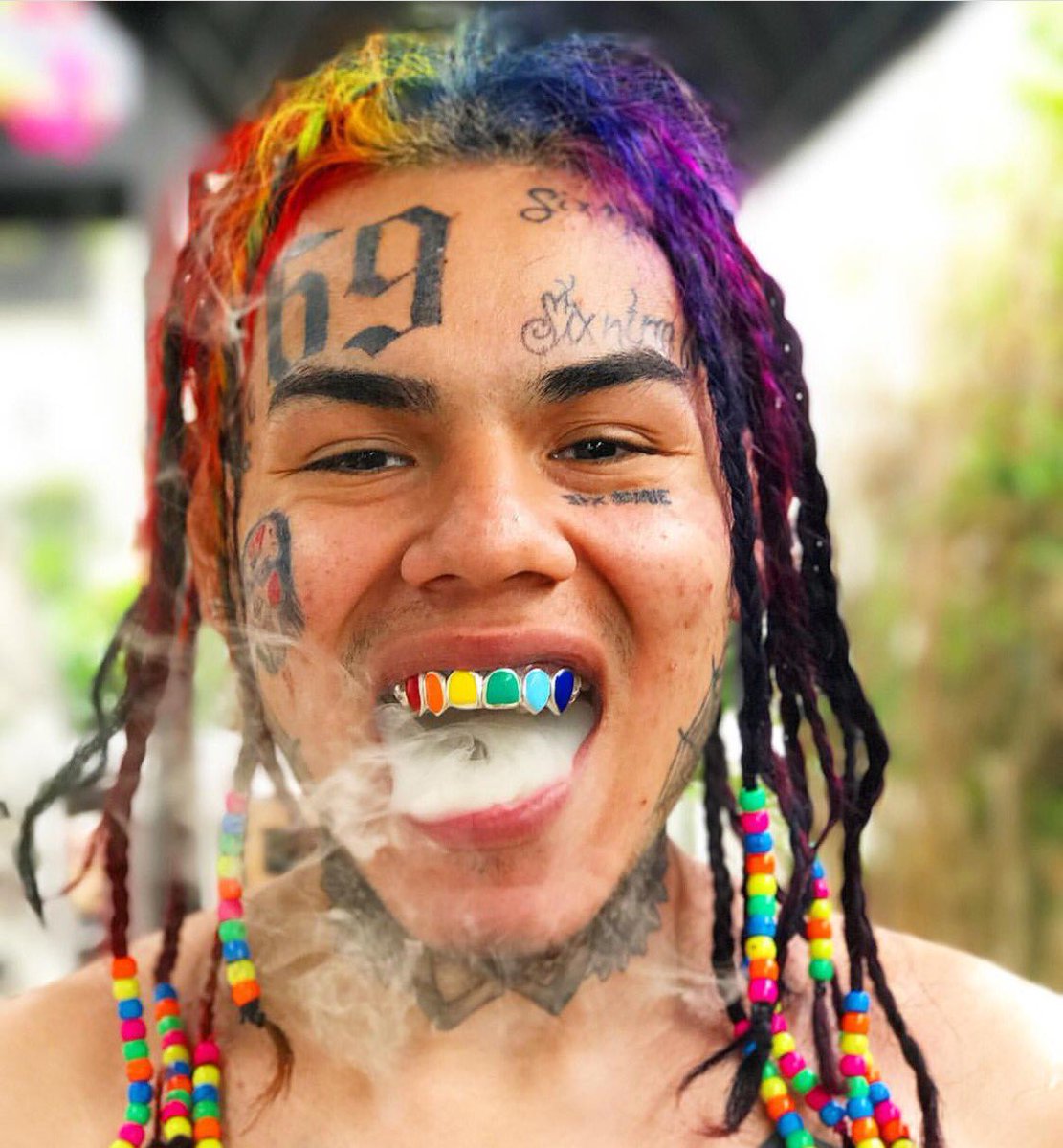 Hip-hop supports itself through innovation and reimagination of the genre’s expansive capabilities. Of all the genres, hip-hop yields the greatest amount of interpretation. This interpretation formulates artists who decipher their identities amongst the likes of hip-hop subcultures. The ascenscion of Lil Pump, Trippie Redd and XXXTentacion symbolize the commencement of cult followings in the modern hip-hop era.

The connotation of a cult derives from mystical allure and apocalyptic tendencies. While the notion of a cult may be extreme, a subculture differentiates itself from its parent culture while sustaining similar principles.

Tekashi 69 (Bushwick) embodies the essence of subculture with his “Six Nine” lifestyle. Look no further than the hundreds of “69” tattoos all over the body of this individual named Daniel Hernandez. The three “6ix9ine” references on his face are accompanied by spider webs on his jawline and “Jigsaw” on his right cheek. Formerly known as Wallah Dan, this audacious and ambitious artist has transformed his lifestyle through the “Tekashi 69” and “SCUM Life” movements.

In 2014, Tekashi started gaining clout via fashion blogs that referred to him as “Pussy N****” due to the clothes he adorned.

His fashion has stirred controversy for this man they claim resembles a, “walking manga character.” People ridiculed his clothing customization that allegedly celebrated sexually transmitted diseases. On an interview with, “No Jumper” he clarified his rationale for the clothing enhancement.

Due to his exigent need to express his individuality, Tekashi customized, “HIV” in white letters across the back of a Cincinnati Reds letterman’s jacket. Additionally, HIV marks the three letters engraved into his back.

Pridefully, Tekashi wears custom clothing that he acquires from thrift stores and mom and pop shops around his block. His disposition toward designer brands grew as his funds began to pile. This inverse relationship deals with how Tekashi originated within the “meme” world. To paraphrase, if Tekashi “couldn’t afford that sh*t” back then there is no need to flock toward a store bought aesthetic.

The world began to crumble around Tekashi in eighth grade. At age thirteen and in his vicinity, Tekashi’s father perished to murder. At age fourteen, he got expelled and picked up shifts at a restaurant as a busboy. Eventually, they let him go due to his inability to execute tasks efficiently.

Tekashi sustained his efforts to breadwin for him and his mother by selling drugs and working at a bodega. There were times where Tekashi went to bed with his stomach growling. The struggle experienced as an adolescent molded Tekashi into a hardened individual with cognizance. 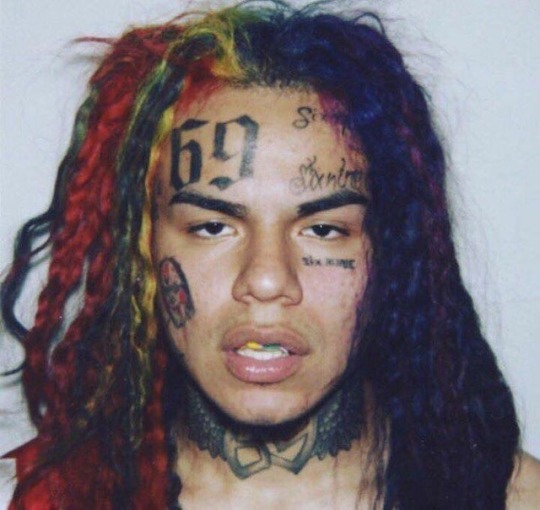 In terms of discovery, Tekashi 69 symbolizes the transition into uncharted New York territory. His exploration of custom clothes, sinister themes, pyrotechnics and flamboyance serve as affiliations of his subcultural narrative. Traditionally, New York artists experience immense compartmentalization as NY often elicits soulful boom-bap type records. Tekashi 69 subscribes to his own catalogue and demonstrates that not every artist from Brooklyn belongs in that category.

Tekashi 69’s punk influences range from All That Remains to the movie, “Saw.” Here is an individual who refuses to conform, encountered a tumultuous upbringing, and expresses his creative bravado according to his own menacing gameplan.

Tekashi 69 leads all newcomers and his viral song, “Gummo” has caused ruckus on Youtube with nearly four million views in one week. Tekashi 69 represents for “S.C.U.M.” which stands for “Society Can’t Understand Me.”

This artist’s most marketable components are his charisma and raw talent. People began to swarm him for his brash personality, brazen attitude and rowdy visuals.

After a fallout due to complications with bond money, former collaborator, Zilla Kami attempted to tarnish the name of Tekashi 69. The allegations made are available below.

Tekashi 69 does not host any social media channels except for Instagram. His videos are distributed in coordination with F*ck Them Studios. His tour travels throughout Eastern Europe and will eventually reach the United States.

Chime in. Tell us your thoughts on this abrasive young adult. Reach out to us in the comments or on social media @true-magazine the place where all news rings TRUE.

Lil Uzi Vert Vs. The Label: The Feud Between LUV and Dj Drama (Generation Now)

I GOT NEXT Production: Red Prodigy’s Hollywood Action Movie Trailer

custom paper service at 3:33 am

Reply
buying papers online at 2:19 am

find someone to write my college paper https://writemypaperquick.com/

Reply
how to find someone to write my paper at 11:16 pm

write my paper for me cheap https://top100custompapernapkins.com/

pay to do paper https://writepapersformoney.com/

Reply
papers writing help at 10:31 am

Reply
asian dating sites at 6:54 am

Reply
good dating sites at 6:23 am

Reply
dating with herpes gay man at 6:38 am

the best vpn for windows 10 https://ippowervpn.net/

Reply
what is vpn connection at 7:52 am

Reply
find a dissertation at 1:42 pm

Reply
dissertation abstracts international at 10:50 am

Reply
help with dissertations at 5:53 am

what is a dissertation defense https://dissertationwriting-service.com/

Reply
comparison and contrast essay topics at 4:35 am

should college be free essay https://vpn4torrents.com/

Reply
why abortion should be illegal essay at 7:17 pm

another word for states in an essay https://topvpndeals.net/

Reply
critical thinking and analytical skills at 8:58 am

Reply
writing an essay for college at 8:29 pm

Reply
writing a comparison and contrast essay at 2:14 pm

Reply
keto breakfast recipes at 8:39 am

Reply
sunflower seeds keto at 5:05 am