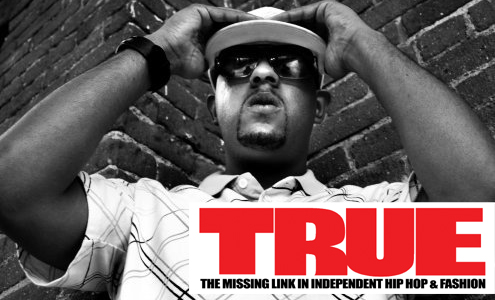 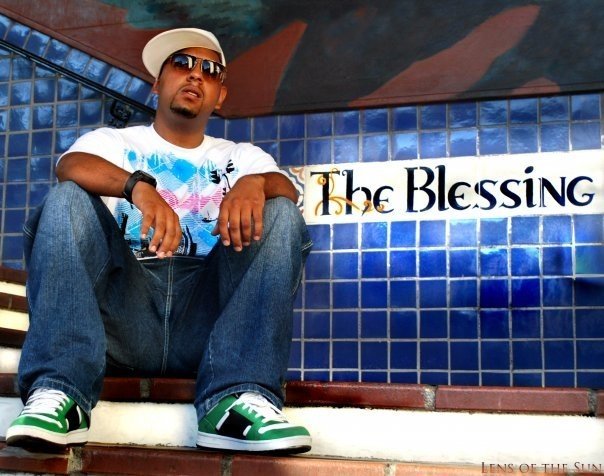 Where did u get the name Ruckus, come from and do you go by that or Johnny Ruckus?

I actually had my homie Juan Garcia (stand up comedian) say that I should rock that name, I was big into Wu-Tang back in my college days, and at that time I was looking for a cool new moniker, my nickname at the time was Cyanide, and I thought that shit was wack, so he was like, yo bring the Ruckus Johnny Ruckus! I was like damn I like that shit! So it stuck, all my friends since then call me either Ruckus, Johnny Ruckus, or even Ruck for short.

Kanye West really open the doors for creative artist like yourself how do you feel about the accomplishments he has done for the Producer, Rapper and Songwriter all in one?

Aww man I was heavy into Kanye back when his mixtapes where circulating like early 2003 or some shit. I remember when I heard that he was the cat rapping over his own beats, it made me wanna do that so bad, cuz it was so damn fresh. Back then I was on Fruity Loops, and me and my friends would rap on the stuff i made on my laptop. Shortly after that I got real deep into production and started educating myself on the business of music. To know the ins and outs of production royalties, songwriting and publishing royalties is HUGE and I don’t know if Kanye really knew it at the time, but he changed mine and alot of people’s perspective on how to really get it crackin.

Right now if you had a choice on what you would stick with if you had one which one would it be and why that one over the others?

Honestly if I had to stick to a role and ONLY one role, it would be the role of a Producer, because that’s the guy with the big vision, the guy who calls on other producers for beats, songwriters for songs, the talent on track and the right engineer to mix it up. Right now I fulfill all those roles because I like to see my projects all the way through, from beats to tracking to mixing and mastering, and as daunting as it is, I love that stuff.

Whats your process when you get in the studio to make that track, hook or verse?

I usually work off either a beat, or when writing with Ledez, sometimes we’ll start off with just guitar and acapella. From there we just get to writing, and then tracking a rough draft to sit with for a couple of days, see if any new ideas grow from that. Alot of times the hook comes first, I dunno why but it usually ends up that way.

I feel like the west coast sound will always have some element of that raw gangsta shit that originally paved the road. And you’ll either hear it in the beats behind Kendrick Lamar, or in Jay Rock’s music or whenever you hear a battlecat beat. I just love the sound, and I feel like it emulates the daily life we all live out here on the west, bad traffic, good weed, beautiful women everywhere, hoods and affluent neighborhoods separated by just a few blocks. All that stuff wrapped into music is dope.

Do you miss the old school West Coast sound you use to get when you were growing up and how has that influenced the sound of your music?

I miss the hell out of it! I remember going to house parties, and bumping Chronic 2001 – the entire album was good enough to set the tone. My #1 influence of all time is Dre. Period. And you can hear that in my beats and my raps. I feel like the golden age of west coast hip hop has passed, but to me that doesn’t mean that it’s a permanent condition, just a temporary one.

What got you started in the business?

I remember first going into college, I wanted to get into radio so bad. I ditched class in High School to see Big Boy in the Morning from Power106 do his thing at DelTaco, and was like yo Ima do this.  I did 3 years of radio study at CSUMB, and was on a fast track to graduate and had an internship at a local hip hop station in Monterey. The station I was interning for went under while I was their intern, and I was like fuck radio then. I was making beats this entire time, and rapping so I changed majors to music, and it took another 3 years to finish college. Since then I’ve made this my priority in life, and don’t regret that decision one bit.

How do you feel about using samples to create a beat and what is the best sample you feel that is the bases of your sound?

I actually love using breakbeats. I’ve also been getting into sampling obscure indie rock records too. Sometimes the stuff I write is dark, and sometimes it’s upbeat, but I always like digging around to find dope sounds.

The latest thing I released was I’m Gone, and I produced that with Ledez. It think the best instrument they’d pick out would be the guitar. Those tones were dope and I’m real happy we engineered it to sound the way it did.

Where can someone check your sound out?

Right now I have a soundcloud page up where I’ve got a few songs up there and some beats too. Also Johnny x Ledez will be releasing a EP around May 2013 so watch out for that.