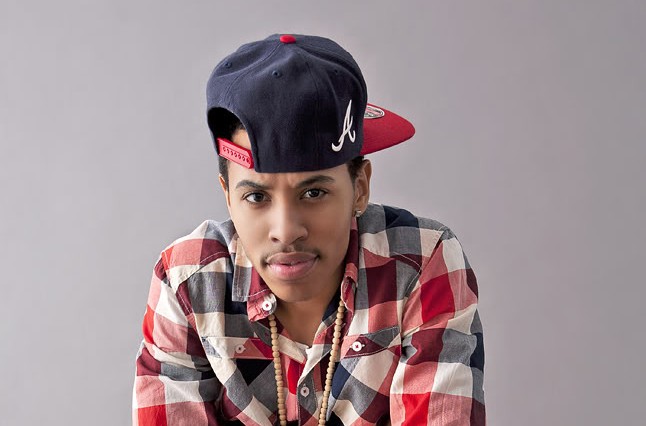 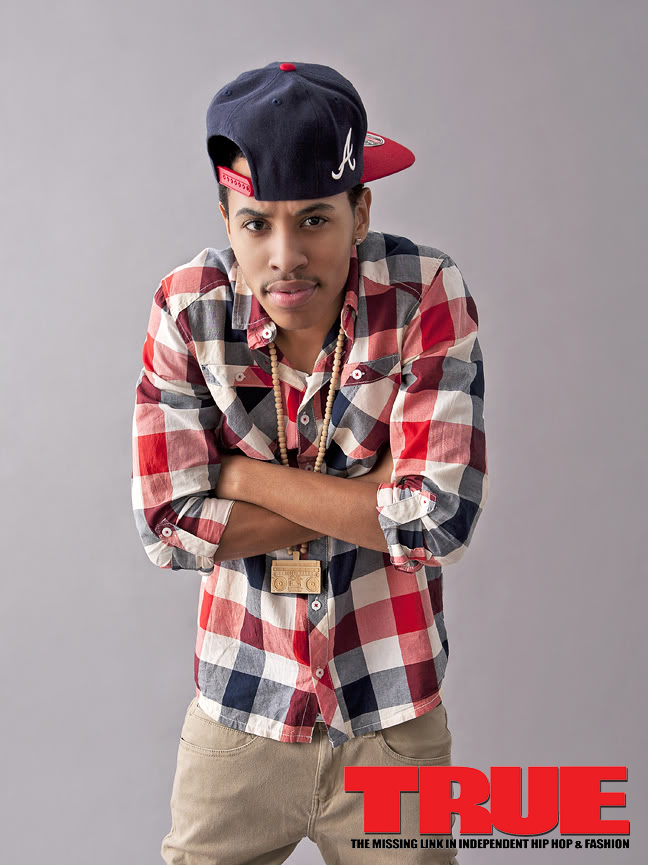 Driicky Graham born Nasir Frederick Graham on November 23, 1991, he is the son of a professional boxer in the middleweight division, Derrick Graham known as Nasty Nasir Graham and Joylette Bullock who is an educator within the Department of Justice Federal Bureau of Prisons. He was first introduced to music when he was just three years old appearing in “Lords of Underground – Tic Toc” music video and this experience would instill hip hop in this youngster for the next decades to come.

TRUE: Every rapper represents the city or coast they grew up in, so being raised in North Carolina but being born in Newark New Jersey which of those two places has had the biggest impact and why?

DRIICKY: I really cannot choose between the two because I have always been back and forth between both places. They both are like two completely different lifestyles as far as Newark being so city and down south North Carolina being really laid back. So both of them influenced my life and my music

TRUE:  What can you remember about your experience being in the “Lords of Underground – Tic Toc” video as a child?

DRIICKY:  I still remember that like it was yesterday even though I was only three years old.  I was really shy, I remember going to the bus and getting make up done. All I had to do was stand with a stick and roar like a lion and I was so scared and nervous. Those guys are like my real family.

TRUE: What did you learn from performing in talent shows throughout that help you with performances now?

TRUE: Was it easy getting people your own age to accept the music you made during the early years of your career?

DRIICKY:  Gradually, not a lot of people before I stepped inside the studio knew I could really rap except for my close friends. Actually before I was rapping I was a dancer so many people knew me from that. Then gradually as they felt the sound I was given is when more people accepted it.

TRUE: How was the transition from being a dancer to rapping and making music?

DRIICKY:  At the age of fourteen was when I really decided to pick up a pencil and pad and take it seriously. I would usually just go home and write about different things, I ended up having plenty of notebooks just filled with things I had been writing. Things about like high school, family problems, or things out in the streets.  Anything that I felt was a stress reliever.  Then once I got comfortable with both I just started rapping. I did not really want to do any dance shows I had the passion for taking the stage and really showing the people my talents.

TRUE: With your mother being an educator in the Department of Justice Federal Bureau of Prisons, was she supportive of you choosing music as a profession?

DRIICKY:  She was supportive of everything. Soon as I graduated high school she asked me what was it that I wanted to do. I told her that I loved being on stage and entertaining people.  I actually went to college and was still doing music but then the hours starting conflicting while I was doing tours. So everything kind of got pushed back but I still had plans on going back to college but this is what I am pursuing and looks like it is working out so far.

TRUE: How was it meeting up with Mr. Cooper of Nu World Era?

DRIICKY:  Once I graduated from high school I was introduced to him from my father’s side of the family. We kind of just clicked and we had that nephew and uncle relationship. Outside of music we talk and he has really mentally prepared me for what the game has by keeping me mindful of the business side as well as the entertainment.

TRUE: What projects have you done since being signed with Nu World Era?

DRIICKY: So far just the mix tape and I have an album coming out soon. The mix tape should be out end of June or early July it’s called You Gotta Start Somewhere and the album will be out within the first quarter of 2013.

TRUE: Do you have any features on your mix tape?

DRIICKY: Not right now I mostly want to give the fans all of me, my sound, and who I am as an artist

TRUE: What changes with the process of making music and getting it to the public have been easier since being signed to a label?

DRIICKY:  They support me and any ideas I have on the creative process.  Of course I get feedback and different ideas on how something should sound and things like that. I still feel like it’s my music and I mostly look at it as support and I feel like everybody is helping each other.

TRUE: Do you think that your music can be enjoyed and understood by any region of the United States and why?

DRIICKY: I believe so because I try to go nationwide.  The records that I have made so far like “ Snapbacks & Tattoos” is all across the radio which is like an anthem track. I target the youth but then later on I see everybody that have snapbacks and tattoos. If you look at a movie like Juice, for example you’ll see people with snapbacks and tattoos on in that movie so it’s something from the 80’s but people still feel it. Then you look at a song like “Letter to my son” and I wrote that record as a response and it’s deep and heart felt. It can connect to kids and their father’s anywhere. So I try to be as diverse as possible and come with different sounds.

TRUE: Out the time that you have been on tour with various artists which city did you enjoy performing in and why?

DRIICKY:  I can’t say which place I enjoyed the most because I had a lot of fun throughout the whole time being on tour and performing with people. As far as the Party Boyz and Mishon they are all really talented people and we just all rocked out and did our thing.

TRUE: As an artist how much does fashion play a part in your overall appearance and why?

DRIICKY:  Fashion plays a big part in Hip Hop because of course everyone wants to look nice. Everybody is really about their style. You want your presence to be felt and you want people to say you stand out.  That’s how your music should sound too so everything has to correlate.  I am kind of youthful at times so I have to be swagged out but then I also have to get on my grown man side. So I keep myself but still keep it fresh and all clean cut.

TRUE: Do the type of tracks that you make differ from what is being heard in rap today and how?

DRIICKY: Certainly, it’s not to knock any artist out there but I cannot listen to the radio like I use to.  It’s no disrespect but I just do not feel the music really appeals to me.  I feel like the sound that I am coming with is still going to be different.  I give good lyricism, good flow, and I make sure the delivery is as smooth as possible. I just try to be one hundred with everybody.  A lot of the times you hear someone who has a really good beat but is not saying too much or an artist that is really kicking it lyrically but the beat does not draw you in at all. So I try to do both  and pushing that to the limit makes you a star.

TRUE: Where can we find your music?

DRIICKY:  All of my music so far is on YouTube and you can find it on DriickyGrahamTV as well as on iTunes.  My twitter is @DriickyGraham

TRUE: What can we see coming from you in the near future?

DRIICKY: The mix tape which is called You Gotta Start Somewhere coming out late June or early July. I’m crafting this like an album because I know the importance of your first sound and this is the first time that people are going to really get to hear me. This is the time where people will find out if they are going to take me serious or not so I am really putting the time in and taking this seriously. I appreciate everyone supporting me and helping make this possible.

ONE LAST DAAAAAAAAAMN!! – Buffie the body explains why she quit the video vixen industry