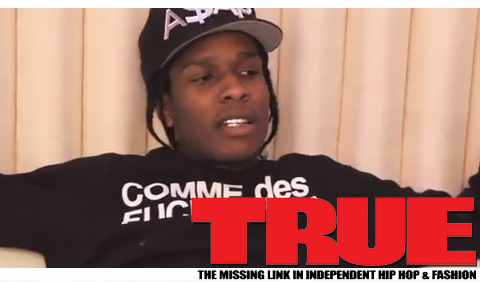 We caught up with A$AP Rocky, currently one of hip-hop’s biggest & brightest names as well as one of the busiest during his recent London promo trip.

Fresh from his debut London show A$AP sat down with us to discuss:
– His Debut album & new track ‘Pain’
– Working with fashion designer Alexander Wang for his next video
– Advice he has received from Kanye West & Drake
– The possibility of working with fellow Harlem artists Teyana Taylor and Azealia Banks
– His thoughts on Azealia Banks being angry with Iggy Azalea for using the term “slave-master” in her track ‘D.R.U.G.S’.