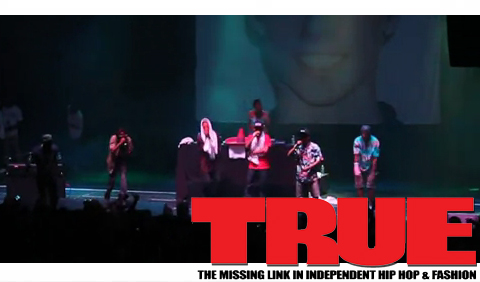 Last Night, the almost mythical member of Odd Future made his concert debut to the world in New York City. Earl Sweatshirt survived a Samoan reform school to finally regain his freedom and rejoin his brothers and sister (Syd) on tour, where he belongs. This young’n is ill on the mic, you can’t argue that. Check him out storming the stage at the Hammerstein ballroom, abelow.