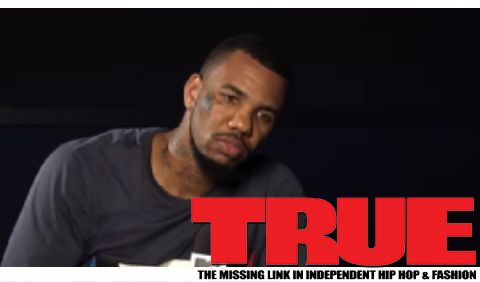 Game speaks to MTV about the shooting of Trayvon Martin, saying that it’s a “reminder that stupidity still exists.”

The world was shocked when news broke that unarmed 17 year-old Trayvon Martin was gunned down last month by 28 year-old neighborhood watchman George Zimmerman. With details of the events still emerging and the local police coming under fire for failing to arrest Zimmerman, Hip Hop artists of all walks are stepping up to speak out on the tragedy.

Now, in a recent interview with MTV, Compton emcee Game chimed in on the tragedy, saying that he feels Martin’s death is a clear indication that “stupidity still exists” in America. He explained that Martin is yet another victim of a system that continually disregards the lives of black men in situations involving law enforcement agents using excessive force.

“I think that from the beginning of mankind, we as a people have always been targeted,” he said. “For some reason, people don’t think that they need any excuse to kill us, beat us, hit us, run us over, disrespect us or anything like that…I’m far from racist. I’m very educated and intellectual and I understand how life works and how people of all colors exist under the sun, but it just seems like more than not black people are, I don’t know, there’s always some negative occurrence that goes on in our existence. This is just another reminder that stupidity still exists.”

This isn’t the first time Game has spoke out on issues of this nature. Back in 2008, Game recorded the song “911 is a Joke” following the Sean Bell trial in which three NYPD officers were let off the hook after shooting the unarmed Bell outside of a strip club.