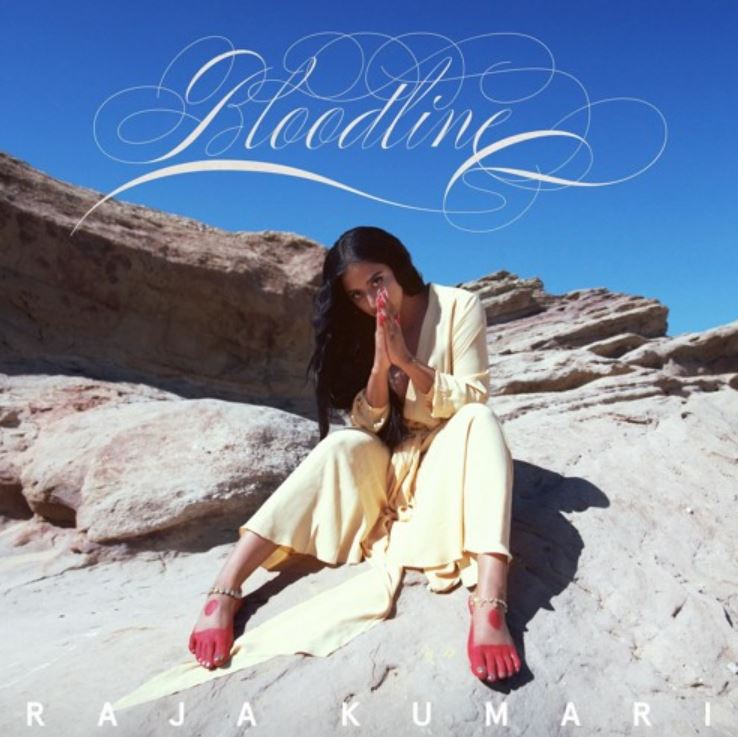 GRAMMY® Award-nominated songwriter and rapper Raja Kumari clearly has success in her bloodline as she releases her EP Bloodline January 22. This success did not come easy for this Indian- American songstress. She started out and made her initial impact on global pop music as a sought-after songwriter. He has written hits for artist such as Fall Out Boy, Iggy Azalea, Fifth Harmony, and also some track featured on the hit HBO show Empire.

What is so interesting about Kumari is that she keeps her Indian culture intact throughout her career. Kumari stars in her new Beats Music Show called “The New India” that provides a platform to exposure other up and coming Indian artist. Outside of music, she co-stars in a Bollywood film “Guilty Boy. She keeps true to her identity by not letting one aspect of herself over shadow the other. This ability to keep this balance allows her to rely such powerful stories throughout her music. Her track “Karma” is a perfect example of a perfect blend of representing her Indian background with a hip hop influence, while choosing to follow her own culture that she had made through her music. She chooses how to tell her story.

As you keep thinking about who you are, Kumari knows who she is. The duality of her identity makes her words louder and captiaving. And nothing seems to be her way to keep telling her stories even louder.

Reply
premium vpn service at 9:14 am

Reply
free unlimited vpn for mac at 8:14 am

Reply
best vpn for utorrent at 4:00 am

best free vpn to use in china https://freevpnconnection.com/

Reply
dissertation help india at 10:52 am

Reply
thesis dissertation writing at 8:43 am

Reply
writing a doctoral dissertation at 8:24 am

Reply
how long is a dissertation defense at 6:50 pm

Reply
dissertation help service my at 11:58 am

Reply
is it smart for gay teens to use dating apps at 5:23 am

Reply
minneapolis gay dating at 5:33 am

Reply
striping sex games at 5:25 am

Reply
writing a descriptive essay at 7:02 am

Reply
best no deposit bonus at 5:55 am

Reply
free welcome bonus no deposit at 4:44 am

Reply
writing persuasive essay at 11:47 am

Reply
gay dating events in nyc at 4:04 am