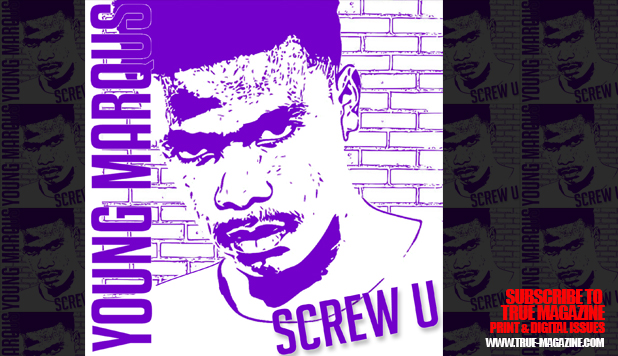 YOUNG MARQUS CHATS IT UP WITH 93.7 THE BEAT RADIO HOST DEVI DEV ABOUT HIS UPCOMING MIXTAPE TITLED “CLAE”. The Hip-Hop prodigy talks working with YG, 1500 or Nothin’ and his mentor Lupe Fiasco.

Fresh off the release of his summer banger “It’s Whuteva” featuring West Coast rap star YG, Young Marqus sat down with Devi Dev (93.7 The Beat) to give fans an inside look into his upcoming mixtape “CLAE” (Creating Legacy All Day Every Day), hosted by DJ Mustard (RocNation).

The young prodigy took the industry by storm with the successful release of his single “Truth” which premiered on BET’s 106th and Parkas the New Joint of the Day earlier this year. Now with his single “It’s Whuteva,” featuring YG and produced by the award winning team 1500 or Nothin’, dominating the blogsphere, Young Marqus prepares to drop his highly anticipated new mixtape “CLAE” on Aug. 20th.

The Houston native gives his fans an inside look at one of the best moments of his rising career, explains how the song “Screw You” was inspired by the late DJ Screw, and how Lupe Fiasco helped jumpstart his career. “DJ Screw was one of my biggest inspirations. I look at him like a Jam Master Jay – a DJ legend. I had to show love to DJ Screw. He’s one of the reasons why I’m rapping,” Young Marqus explains.

Rick Ross Addresses Being Dropped by Reebok With Official Statement

Aye? You Heard About Those New Fabolous Emojis? You Havent? Click Here