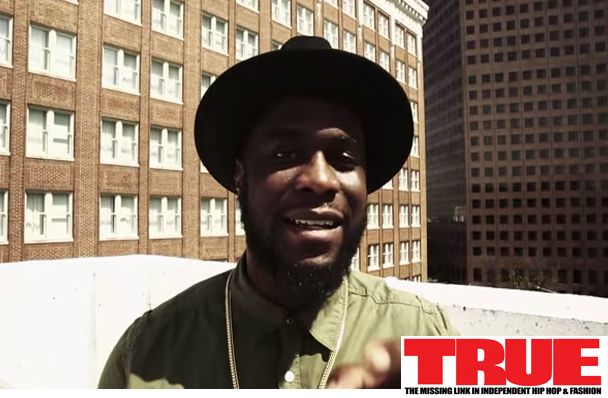 “[‘Pay Attention’]… [showcases] the bread and butter of Krizzle’s talents, with its hard rhymes and Southern flavor — a love song for the strip club.” (MTV.com)

“[‘Pay Attention’ is the] first official single from his upcoming sophomore LP Cadillactica, where the hackles and the lights are lowered.  Assisted by a syrupy chorus from Rico Love, K.R.I.T. takes his eyes off the hip-hop game and places them firmly on a special lady in the club, who’s got all of his attention for four slow-burning minutes.” (Fader)

(Meanwhile K.R.I.T., who has released nearly a dozen mixtapes since 2005, dropped See Me On Top Vol. 4 on September 16th.  In a lengthy review, Billboard.com praised the rapper for “carrying the torch for an older tradition of southern rap that draws its vitality from smoldering funk.”  But K.R.I.T. “has also been looking in new directions,” Billboard.com noted, as evidenced by the radio-friendly “Pay Attention” excerpted on the new mixtape.  Billboard.com urged readers to “catch the rapper on tour… with Two-9 starting in early October, playing 31 dates in six weeks.” Go to http://www.billboard.com/articles/columns/the-juice/6251654/big-krit-releases-see-me-on-top-vol-4-mixtape-listen to read the full article.)

CADILLACTICA follows up Live From The Underground (released June 2012), the first official album by Big K.R.I.T., after nearly a dozen self-produced EPs and mixtapes over the previous seven years.  Live From The Underground opened to a colossal #1 iTunes Over­all Chart debut and Top 5 Soundscan debut, and was hailed with a rare Entertainment Weekly A- rating as “the best distillation of the South since OutKast’s rule-rewriting heyday.”  The album was also boosted by a one-month, 27-city headlining North American summer tour, followed by K.R.I.T.’s European premiere at a half-dozen major festival and club dates, including XOYO in London, and the Boogie Down Festival in Holland.

Critical reaction to “Pay Attention” has been swift and over­whelmingly positive.  “All of the ingredients are there,” noted The Smoking Section, “lyrics pointed in the direction of a feminine character, singer/songwriter Rico Love assisting with the song’s sentiments by crooning the hook… the sound doesn’t stray far what works for the 4eva rapper as Jonsin’ creates a soulful, sinewy backdrop that coats the ears.”  XXL was equally supportive: “Known for crafting his own beats, K.R.I.T. lets production vet Jim Jonsin curate the mellowed-out instrumental while he attacks the track with bars about be more attentive with bae.”

The Big K.R.I.T. juggernaut began in 2011, when he was a featured artist on MTV’s “Fab 5 Jams” and was also inducted intoXXL’s 4th annual Freshman Class lineup.  The prede­cessor to Live From The Underground was 4evaNaDay, the sequel to returnof4eva.  Praising the latter, Spin magazine summed up the rapper’s appeal: “Mississippi’s Big K.R.I.T. embodies all the best lyrical elements of Southern rap: street wisdom, freaky sex, car culture, sports metaphors, and general weirdness.”

Big K.R.I.T.’s social stats are impressive, with over 550,000 Twitter followers and close to 1 million Facebook fans.  His video for“Mt. Olympus” has gathered more than 1.2 million combined views on YouTube; and “The Vent” (from 2011) has surpassed 3.1 million views.  From returnof4eva, the video for the “Country Sh*t” remix featuring Ludacris and Bun B has topped 7.1 million YouTube views.

Hailing from Meridian, Mississippi, 24-year old Big K.R.I.T. (born Justin Scott) grew up listening to early R&B records in his Grandmother’s house, and his music reflects those influences: “I’m reintroducing a type of sound from the South that a lot of the newer generation doesn’t know about, and reminding the older generation of what Southern hip-hop used to sound like.”  A poet and lyricist since age 14, he was signed to Def Jam by Sha Money XL.