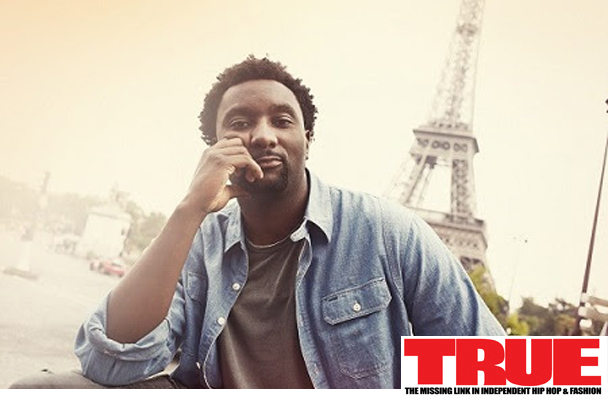 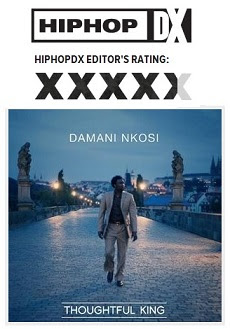 LA Weekly Premieres “On My Way to Inglewood”

Watch “Thoughtful King Journey”
Interviews with Warryn Campbell, Musiq, Problem
& Bad Lucc
“Inglewood, Calif.-bred rapper Damani Nkosi is one of the few artists out there with an authentically self-made pedigree: Raised with a passion for the culture, he worked his way through Los Angeles’s hip-hop underground, eventually attracting attention from some of the scene’s biggest and brightest. He’s worked with greats including Dr. Dre and Swizz Beatz.“

Damani Nkosi is a voice that rings with distinction and supreme clarity, valiantly shattering stereotypes with each metaphor. With the literal translation of his name serving as the title of his debut, Inglewood, California artist Damani Nkosi is poised to assume this very role with his long-awaited album Thoughtful King. Featuring a supporting cast such as Motown recording artist BJ The Chicago Kid, Grammy nominated R&B vocalist Musiq, Maroon 5 keyboardist PJ Morton, Grammy winning producer Warryn Campbell, and Grammy winning jazz pianist Robert Glasper,Thoughtful King boldly raises the lyrical standard while simultaneously pushing the boundaries of contemporary hip-hop’s sonic palate.After departing ways with Sony Urban in 2007 Damani began to travel abroad. Visits to China, Brazil, and various European countries served to further expand his horizons and helped him to gain perspective on his life and career. As part of a natural creative progression he began to notice, his travels began to influence the music he was making. Damani Nkosi had begun a metamorphosis of sorts. He had grown discontent with his previous subject matter and was eager to explore the full breadth of his artistry as a lyricist. But balancing what the label demanded with what he was compelled to create eventually became a daily struggle.

“While I was doing songs like ‘Black Man Stereotype,’ Sony execs would come into the studio and tell me they needed something more like what was on the radio at the time. So I eventually gave in to it.”

The contiguous string of jaunts to Berlin, Paris, New York, Switzerland, and Prague that followed helped the Inglewood emcee decompress and see the world through a new set of eyes. Upon his return to the US, he began writing material influenced by his recent travels. The restoration of passion and affirmed purpose that these profound life-changing experiences facilitated is the sheer essence of Thoughtful King.

Executive produced by Warryn Campbell (Mary Mary, Luther Vandross, Brandy) the album takes listeners on a journey through the soul of a man on a mission to make his mark on hip-hop by speaking truth to power. From the opening track “The Origin,” featuring his own father explaining the literal translation of his name it is clear that Thoughtful King is a work of distinction. The album flaunts a muted live instrumentation aesthetic melded with break beats and guest vocalists, resulting in an expansive jazzy affair with an undeniable hip-hop edge.

Assisted by Musiq and Robert Glasper, the album’s first single “Now That’s Love” is a head nodding ode to how an intangible emotion has such a dynamic effect on life. Helmed by Grammy nominated producer Jairus Mozee, the soulful banger “Rich (featuring BJ The Chicago Kid)” reaffirms that – contrary to popular thought – money indeed does not make the man. “A Man” finds Young Money recording artist PJ Morton singing the hook while “Ethiopia,” featuring vocalist Sid Sriram, is a stripped down jazzy affair detailing the stunning beauty and remarkable presence of an Ethiopian woman Damani Nkosi unexpectedly found himself captivated and enraptured by. One of the album’s most honest tracks, “Through Me (featuring Major)” finds Damani Nkosi purging his ego with the realization that the life changing favors he has facilitated for others is made possible by the divine spirit – not himself.

A consistent and engaging effort from beginning to end, Thoughtful King is evidence of an artist embracing growth and fearlessly following a natural progression. A sonic document of a man evolving and coming into himself in a world and an industry of demands, preconceived notions, and expectations. Damani Nkosi’s journey has led him around the world and back again. And the knowledge he has gleaned along the way fortifies Thoughtful King with an air of truth and honesty that is virtually unparalleled in contemporary hip-hop.

Long before his unique lyrical gift attracted the attention of some of the industry’s most recognized and respected figures (Dr. Dre, Swizz Beatz, Snoop Dogg), Damani Nkosi honed his craft as an Inglewood hip-hop hopeful under the influence of groundbreaking artists like NWA, Ice Cube, and LL Cool J. For good measure, his father cultivated a profound understanding of the black experience for him early on. From reading The Autobiography of Malcolm X in the third grade to attending an afrocentric charter school, Damani Nkosi was receiving an integral foundation at the hands of his father. 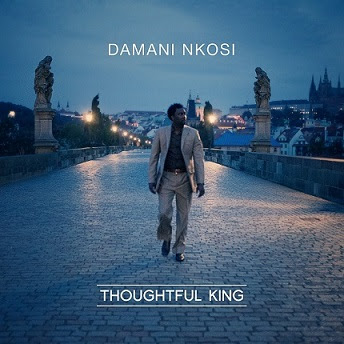