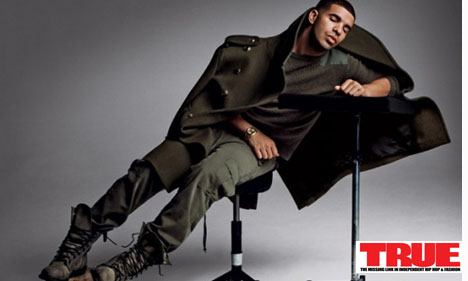 While hip-hop heads are eyeing the throne, more details are being revealed about Drake’s anticipated sophomore album, Take Care. After releasing a handful of songs via his blog (including “Marvin’s Room” and “Dreams Money Can Buy”), the Toronto rapper and YMCMB representative reportedly will soon be dropping his new album’s proper lead single “Headlines” and has also divulged info about a few more songs on the project.

Drake let loose an obvious clue about his official single with a tweet on July 18 that read simply, “Headlines.” On Thursday, it was confirmed that there is a song called “Headlines” and it was produced by longtime Drake producers and collaborators Matthew “Boi-1da” Samuels and Noah “40” Shebib, according to HipHopDX.

In the interview with Rollin Stones, conducted in the Toronto studio where he is recording the album, Drake revealed the titles to three songs: “Shot for Me,” “Free Spirit” and “The Real Her.” “Free Spirit” features Rick Ross, and “The Real Her” features Drake’s Young Money benefactor Lil Wayne. Drake also mentioned his desire to collaborate with an eclectic mix of musicians for Take Care, including R&B crooner Abel Tesfaye of the Weekend, storied hip-hop producer DJ Premier, and indie rockers Florence Welch of Florence + the Machine’s and producer Jamie Smith of the xx.

Take Care is due in stores October 24, which happens to be Drake’s birthday.