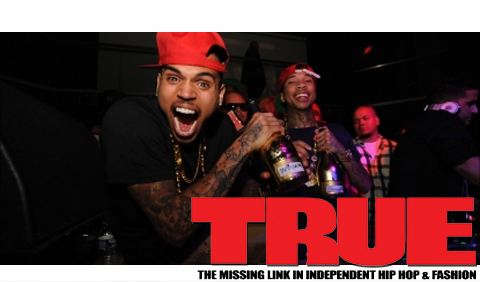 A couple of weeks back, Chris Brown allegedly snatched away the cell phone of a photo-happy fan outside of a Miami nightclub and drove off. The fan immediately enlisted the help of police, because after all…iPhones aren’t the cheapest thing to just happily replace and stealing is stealing! Chris Brown is said to be denying any wrongdoing, but obviously can’t speak on it publicly since it is an open case. The big issue here is Breezy is on probation for his 2009 incident with Rihanna so if he’s found guilty…it’s off to the slammer. As the investigation continues, the Florida State Attorney’s Office has announced their plans to formally interview Chris on the matter. Details below.

(RO) – “The Florida State’s Attorney’s Office has asked Chris’ attorney, Mark Geragos, for the opportunity to formally interview Chris,” a source tells TRUE. “At this point it appears that won’t happen, which isn’t uncommon. The prosecutor handling the case is working with the cops in interviewing the alleged victim and the witnesses. Chris has an attorney for a reason, and Mark is in constant communications with the DA in Miami, it’s not as if Brown has gone on radio silence.”

“Chris is letting his lawyer, Mark Geragos, deal with the Florida State’s Attorney’s Office. He will do whatever his attorney asks him to do. He is no longer in Miami, but if he needs to return for any reason, he certainly will. Chris has nothing to hide.”

If Brown is charged, it would be extremely likely that the Los Angeles District Attorney’s Office will seek to revoke his probation.

“Chris wouldn’t need to be convicted in the Miami case to cause problems with his probation, just charged,” the source tells TRUE. “The conditions of his felony probation are very, very strict. Chris must obey all laws and not be arrested for any other crimes. This could be a huge nightmare for his probation if he is arrested and charged.

“Make no mistake, Chris is taking this very seriously. He knows that one arrest could unleash a wave of new legal problems for him because he is still on felony probation.”

VIDEO: Waka Flocka Flame – Rooster In My Rari (Behind The Scenes)