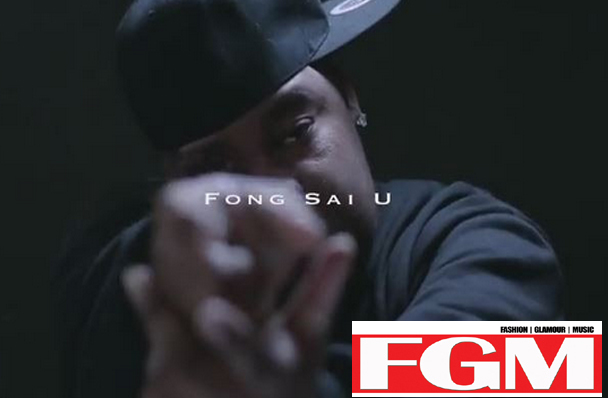 Washington D.C.-bred, California-based rapper/producer Fong-Sai-U presents the Gimante Nichols-directed video for “Bad Guy”, the self-produced first single from his forthcoming album Ballads Of A Massacre. An underground hip-hop veteran, Fong has collaborated with Black Thought (click to stream “I Own This Microphone”) who was an early mentor to Fong and took him on tour with The Roots. Fong also produced a song for Guru of Gang Starr on his solo album Bald Head Slick under his given name Divine (click to stream “O.G. Talk”). In 2011 Soulspazm Records released Fong’s album A Soldier’s Story (click for info) which featured Raheem DeVaughn and Res. “When I wrote ‘Bad Guy’ I was saying I’ll do what I have to do to survive without changing who I am,” says Fong. “I’m from Washington D.C. so I want y’all to see the lyrical side, not just the street side. The whole world got kilos if you let some of these rappers tell it. These corporations are money to me, not a car or chain.” Ballads Of A Massacre is set for a late spring release.