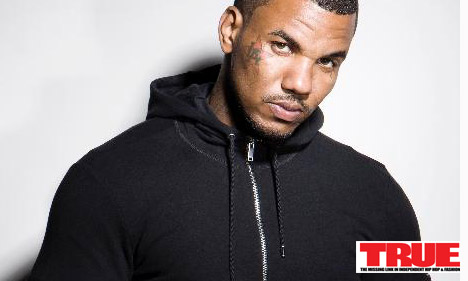 Multi-platinum and Grammy-nominated rapper Game has authored his first book. The Making Of Game’s The R.E.D. Album chronicles the making of the music superstar’s fourth major label album.

“With my book The Making Of Game’s The R.E.D. Album, I wanted to give my fans a behind-the-scenes look of how my new album came to be,” Game says. “These are my stories in my own words. This book is the only place where you’ll learn all the stories behind the music — how I got the beats, what inspired my lyrics and how the album was put together.”

The Making Of Game’s The R.E.D. Album is available digitally on Amazon.com (http://tinyurl.com/4xqzuto) and Lulu.com (http://tinyurl.com/3d9t9gk). The digital version of the book can be read on a PC, iPhone, iPod Touch, BlackBerry, iPad and Android, among other devices. The book will be available soon on iTunes and in paperback through Amazon.com.

In The Making Of Game’s The R.E.D. Album, Game describes how he was able to get Dr. Dre to let him use the song “Drug Test” on The R.E.D. Album instead of its original destination,Detox. Game also reveals how and why “Speakers On Blast” is the first four-verse song of his career. The rest of the book includes exclusive revelations regarding Dr. Dre, Rick Ross and Pharrell, as well as Game’s approach to songwriting.

Game is one of the most successful artists in rap history. The Compton rapper’s first three albums – 2005’s The Documentary, 2006’s Doctor’s Advocate and 2008’s LAX – have sold millions of copies and have spawned such hit singles as “How We Do,” “Wouldn’t Get Far” and “My Life.” In addition to his robust music career, the Grammy-nominated artist has also appeared in the blockbuster films Waist Deep with Tyrese Gibson and Street Kings with Keanu Reeves and Forest Whitaker. Game also runs The Black Wall Street entertainment company and has had his own line of sneakers.