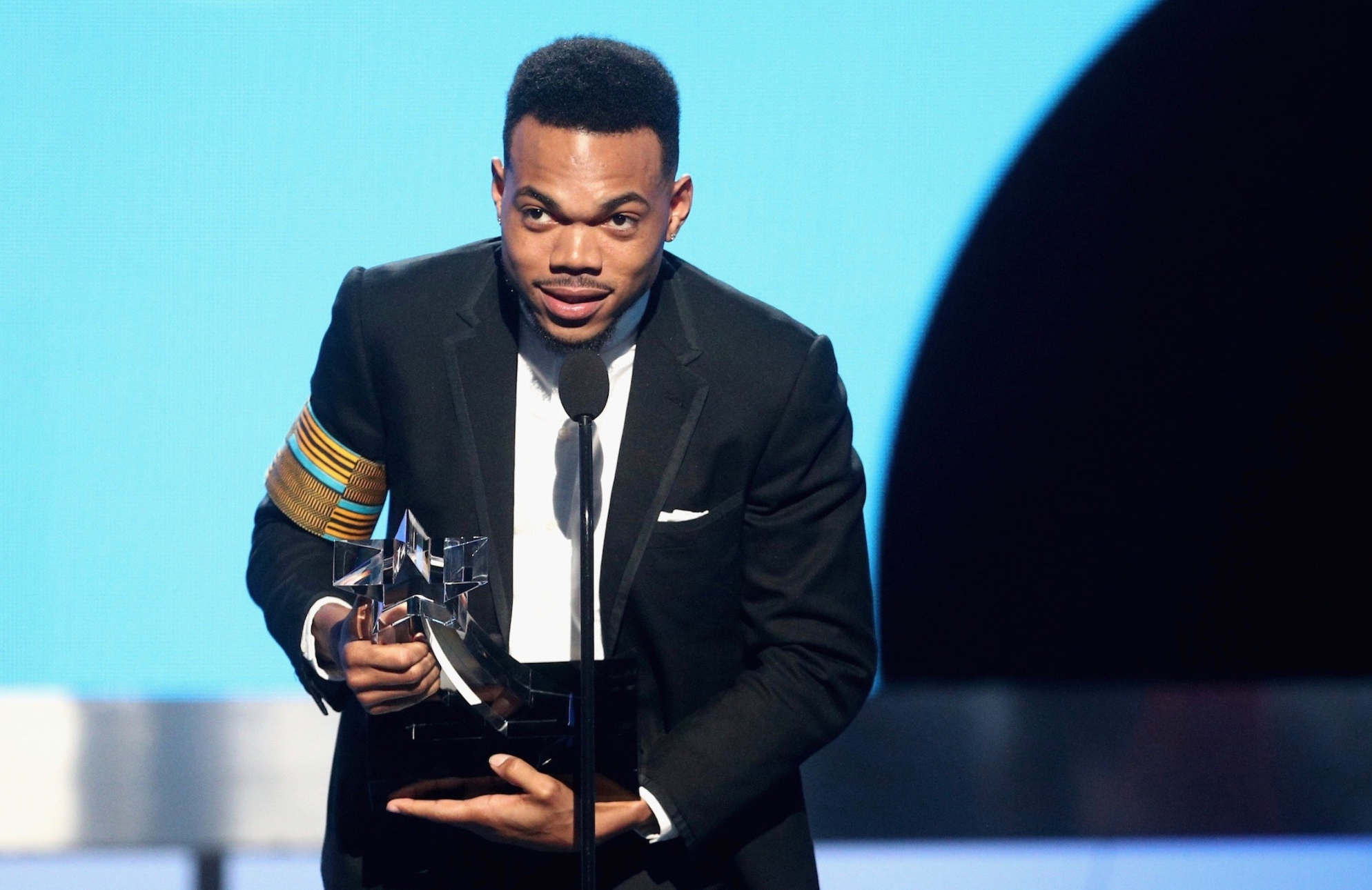 On March 6, 2017, after a meeting with Governor Bruce Rauner that did not go well only days before, Chance announced his intention to donate $1,000,000 to Chicago Public Schools in order to help offset the lack of government funding provided. Following this, a movement arose to try and inspire Chance to run for mayor of Chicago. This was backed by close friend, Drake. His talent and his humanitarian efforts earned him a place on Time magazine’s list of the “100 most influential people” for 2017. 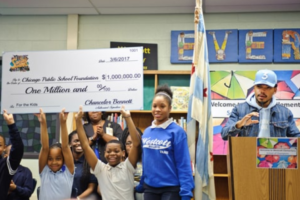 Chance also celebrated turning 24 by raising more than $100,000 for charity with a sold-out event dubbed “Chance the Birthday” at Chicago’s Studio Paris. The blowout featured performances by fellow rappers Ludacris and T-Pain, plus an appearance by Sesame Street’s Big Bird. A couple months later, The BET Awards selected Chance the Rapper to win the 2017 Humanitarian Award. At 24 years old, he is the youngest person in the 16-year history of the BET Awards to win the Humanitarian Award. Chance earned this award because of his dedication to the Chicago public school system with his new charity, Social Works. He grew up in the West Chatham neighborhood of Chicago which is where much of his passion comes from.

Before Chance accepted the award, Michelle Obama gave Chance a shout out for the all work he’s done for Chicago and everything he has accomplished at such a young age. She stated, “In addition to making some really amazing music, Chance has been taking that big bright spotlight that follows him around and he’s shining it on young people in our hometown of Chicago. Time and time again he has been doing the work. Chance is showing our young people that they matter, that they have something inside of them that is worthy of being expressed. Chance you are an outstanding role model and an inspiration. We are so incredibly proud of you.”

By visiting the Social Works website you’ll be able to donate to youth empowerment, shop apparel and see how you can volunteer at upcoming events. Social Works vision states, “To empower youth through the arts, education, and civic engagement while fostering leadership, accessibility, and positivity within the youth throughout Chicago.” So far, more than $2 Million were donated to 20 schools across Chicago.

writing a dissertation methodology at 10:53 pm

Reply
gay dating sights at 7:20 am

Reply
gay dating discord at 6:58 am

Reply
gay catholic dating at 4:58 am

how to write a good introduction for an essay https://vpn4torrents.com/

Reply
another word for essay at 1:03 am

steps to writing an essay https://tjvpn.net/

Reply
books on critical thinking at 9:10 am

Reply
critical thinking in business at 6:52 am

Reply
write about yourself essay at 12:51 pm