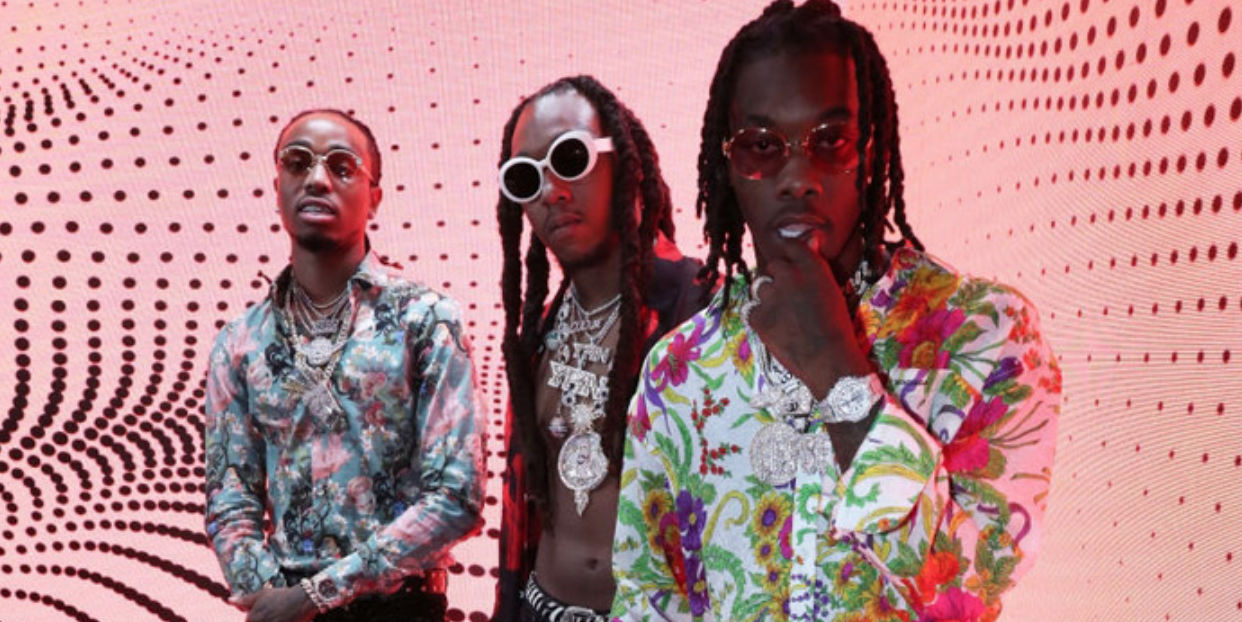 Migos have without a doubt been making their mark on the Hip Hop game this year. For those who don’t know, the trio is composed of rappers Quavo, Offset, and Takeoff. As well as being the shortened version of ‘Amigos’ (meaning ‘friend’ in Spanish), “Migos” is another term for an abandoned house that is used as a trap house for drugs to be made and sold. The trio said their trap music is based on what they’ve witnessed growing up. Migos released their commercial debut single “Versace” in 2013, off of their mixtape Y.R.N (Young Rich Niggas) which went viral after Drake remixed the track. While they kept a steady relevancy in the industry during that time, it wasn’t until the release of “Bad and Bougie” that they really took off.

Their second album, Culture, was released in January 2017 and debuted at number one on the Hip Hop/R&B Charts. The album was also certified platinum by the RIAA and is up for Best Rap Album at the 2018 Grammys. The album was praised for the evolution of their sound and the use of their signature triplet-style flow.  For the past two years the trio have set trends in Hip Hop with their music, visuals, and fashion. They have also earned guest spots on a several other hits which included a merging of sounds within the pop realm.

In an interview with MONTREALITY back in September, Migos talked about their own impact on Hip Hop. They stated, “We in a time right now where we setting a trend, we started this whole lil wave, we started the whole genre, we started the whole flow, the whole melody. Ain’t nobody right now who can say they ain’t took our flow at one point in their career. We ain’t tripping, we never did trip. Hip Hop has changed in a big way, we changed it.” While it’s a very bold claim for them to make, their style has been duplicated on several popular tracks this year.

They’ve managed to stay in the headlines even without their music. Offset gained massive attention this year mainly because of his relationship with Cardi B, who is currently dominating the Hip Hop industry. In October, Offset got down on one knee to pop the question during a sold-out performance for Power 99’s Powerhouse in Philadelphia. Of course, the crowd went wild, and Cardi said yes. Later, she showed off the massive rock backstage. There was recent drama after Migos released “Motorsport” with Cardi B and Nicki Minaj. After the track dropped, speculation arose that the pair were actually throwing shots at each other in their respective verses on the song. Both of them have since shot down the rumors and frequently show support to one another.

“Motorsport” peaked at #6 on the Billboard Hot 100 and has stayed in the top 20 for the past 8 weeks. Whether you’re a fan of Migos or not, there’s no denying the impact they’ve had on music this year and they don’t seem to be slowing down any time soon.