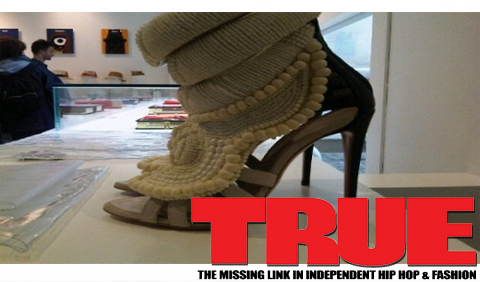 Kanye West has been steadily juggling hats as music producer and fashion designer for most of 2012.

When he’s not creating timeless hits for the upcoming G.O.O.D. Music compilation, Ye’s studying under high-end fashion designers like Giuseppe Zanotti. The two worked together on Kanye first women’s shoe.

Parisian boutique Collete tweeted a snapshot of the heel to a thunderous reception from the fashion critiques. The shoe is reportedly selling for $5,800. While all the feedback wasn’t positive, we know Mr. West won’t stop here.

The Chicago native is set to debut his second Kanye West collection on March 6 during Fashion Week in Paris.