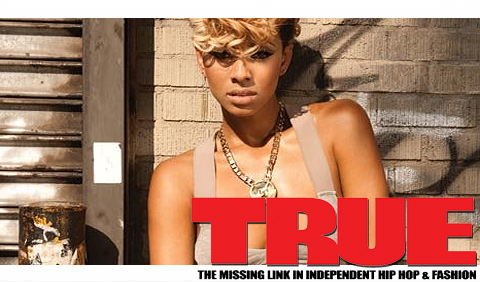 According to Black Film, Hilson will appear alongside action star Diesel in new Sci-Fi Thriller ‘Riddik’. Already in pre-production, shooting for the big budget affair commences later this year.

While Miss Keri’s role is currently unknown, simply being affiliated with the Universal Pictures flick will add grease to her acting elbow. An elbow she’s been flexing quite a lot as of late, after starring in Steve Harvey’s ‘Think Like A Man’.

And though the singer is keen to build her brand beyond her day job, she hasn’t forgotten it. Talking to The BoomBox recently, Hilson dished on the follow-up to 2010′s ‘No Boys Allowed’. Peep an excerpt from their chat below:

“I’ve just been in the studio. I’ve also taken a step back from taking so many shows and accepting every single offer. I wanted to live and experience new things. That’s what I really like to do between every single album. Just take a few months off and live life. I thought it was important to allow my home family and personal relationships to flourish again. Because you can lose a lot of that… you miss a lot of things.

I’m working on a new sound,. I just love to challenge myself. My first two albums to me were incredible. They were a moment in time. ‘In A Perfect World’ was very emotional and tapped into how I was feeling at the time. And my last album, ‘No Boys Allowed,’ that’s how I was feeling at the time as well [laughs]. I was being very territorial, very instructional on how to become a man and what we deserved and demanded as women. The new music has kind of both sides: very emotional, but I’ve also gone through some hurt in the past couple of years. I’ll be explaining some things.”

There’s no release date set for the as yet untitled LP.

Tahiry from Love & Hip Hop a FREAK! “Bust All On Me! Its Amazing”