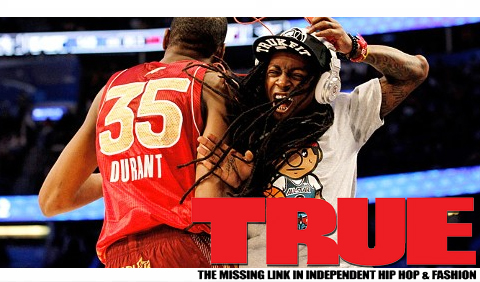 #NBA #YMCMB – Was it Lil Wayne’s Fault or Is It OKC Thunder Fault? I guess you can cue the “Blame Game” song for a quick minute. Mack Maine, President of Young Money Entertainment explained to MTV News on what occur when trying to get Lil Wayne tickets to see Thunder Vs Spurs (May 31).

“Was going to go to the Thunder game tonight but was denied by the team to be in their arena. Wow. Smh. Go Spurs,” Weezy tweeted just hours before tip-off.

Tunechi is a noted L.A. Lakers fan, but his friend and manager Cortez Bryant is a San Antonio Spurs die-hard, so Weezy thought he’d treat his buddy to a game — that is until OKC brass spoiled his plans.

It was Young Money President Mack Maine who tried to score the tickets through a broker, but securing the seats proved to be difficult. “He finally just let me know, they not really tryin’ to sell tickets to him,” Mack Maine told MTV News minutes after the playoff game ended. “They said they’ll give him some tickets on the front row behind, but they’re not really tryin’ to have him sittin’ courtside.”

Then things got even weirder Mack, told us. “Then they also sent a message back sayin’ the OKC policy was no special parking and no escort, so he gotta walk in like everybody else,” he explained. “Why would you actually want to cause pandemonium? That’s gonna make it harder for your security.”

Mack explained that he and Weezy were just concerned about their safety and the safety of the fans. It’s hard to imagine that the multiplatinum superstar could just slip in and out of an arena unnoticed. “We’re not no prima donnas, but that’s just common sense, for our safety and the safety of your building,” the Billionaire Minds rapper said. “We were basically just tryin’ to take our brother to the game.”

Chances are Tez wouldn’t have enjoyed himself anyway, as his beloved Spurs lost to the Thunder in a blowout, 102-82. “Yeah it worked out perfect anyway,” he said.