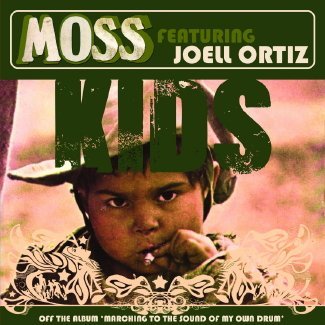 Canadian born (and a Toronto resident), MoSS may be a new name to some in the music game, but his production credits are instantly recognizable and have resulted in over 2 million record sales worldwide. Ghostface Killah’s smash hit “Kilos”, Raekwon’s ”Have Mercy”, Obie Trice’s entire Special Reserve album and most recently a collaborative album with Eternia (At Last which was released on Fatbeats).

MoSS got his first taste of notoriety by working with Obie Trice (Shady Records) around 2000. Moss was producing records for Obie, including both his independent singles ”Well Known” and the 12” “Mr. Trice,” which created the buzz that eventually led to Obie’s major label deal. Since then, MoSS has produced for a long list of “who’s who” in the hip hop world, including: Joell Ortiz, Ghostface, Papoose, Peedi Crack, The Game, Slum Village, Boot Camp Clik, Red Cafe, Mr Easy, AZ, Bounty Killa, D-Block (Styles P and Sheek Louch), Termanology, Big Shug, M.O.P., Kool G. Rap, Ras Kass, Omilio Sparks, Proof of D12 and the list goes on.

After so many years of really not getting the attention he deserves for his hard hitting production that ranks up there with some of the best hip-hop has to offer, we finally get an album from MoSS entitled Marching To The Sound Of My Own Drum,  which will be released on 11-13-15 and features appearances from Joe Budden, DJ Premier, AZ, Joell Ortiz, Sean Price, Jon Connor, Skyzoo, Inspectah Deck, Ill Bill, Havoc, Onyx, Slum Village, Willie The Kid, Guilty Simpson, Termanology, Peedi Crakk, Slaine and others.

“We recorded “Kids” in Toronto at Belvia Sound when Joell was up here doing a show with Slaughterhouse. Royce and Joe Budden were also in the studio when Joell and I recorded it.  I heard about Joell early on and really felt what he was he was doing from jump.  I worked with him before either of us had a “name” (Joell has of course become a household name) and early on in his career (before his Koch or Shady projects), I did ‘Humble’, ‘125 pt 1’ and a couple other tracks that will hopefully someday be heard.”

Pre-Order MoSS’ Marching To The Sound Of My Own Drum: https://itunes.apple.com/us/album/marching-to-sound-my-own-drum/id1047970892

Tracklist & Credits for MoSS’ Marching To The Sound Of My Own Drum:

****All Tracks Produced by MoSS