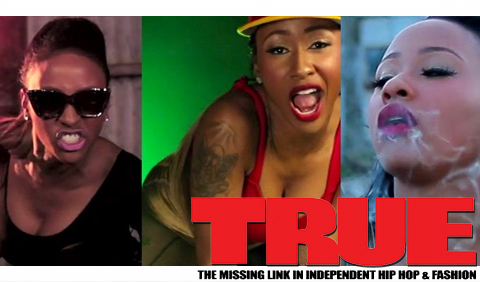 Diamond is explaining why she decided to back out of “Love & Hip Hop: Atlanta” before it ever started filming.

Diamond is explaining why she decided to back out of “Love & Hip Hop: Atlanta” before it ever started filming.

Early buzz of “Love & Hip Hop: Atlanta” featured Diamond as the star, but she recently revealed via Twitter that she’s not filming the reality show for VH1. Unfortunately she didn’t use her allotted characters to explain why she backed out.

While stars may not always tweet what they mean, the Atlanta rapper confirmed her decision to steer clear of VH1 cameras. “No I will not be on the show. Absolutely not,” Diamond told Street Disciplez, adding that she never made it that far into talks about the series.”I actually took about, I think two meetings, and that was really it.”

Chucking the deuces to VH1 was not a decision that she took lightly either! “Actually I prayed about it ’cause I was going back and forth about it, and something just didn’t sit right for me to go down that particular path right now,” Diamond confessed. “I’m not saying that I won’t do reality television somewhere down the line, but as of now, I just feel like my music is my foundation, and that’s what people want to hear from me.”

And Diamond dismissed reports that she quit the show while filming the first episode. For the rapper, to pull out after committing to something is just not her style. “I’m the type of person that’s all or nothing, so if I were to sign up for it,” she stated, “I would’ve started it, and I would’ve finished it. But I hadn’t even began filming. You know I had two meetings that I took with the network, and that was it.”