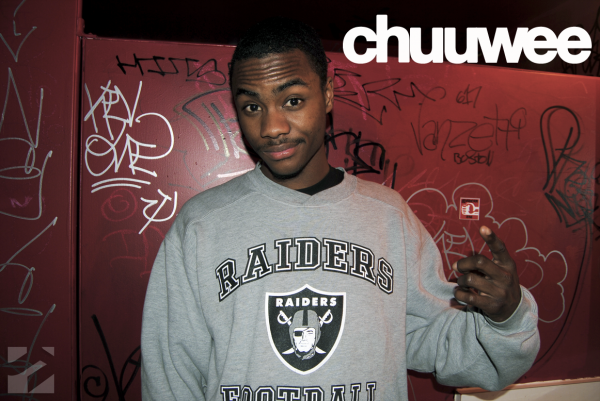 True Magazine interviews up and coming Sacramento artist Chuuwee. He discusses how Hip Hop has changed for the better, why music means so much to him,  and how he created two new hybrid sub genres. Go cop his new project “Crown Me King” 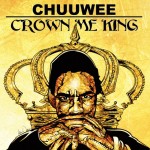 TRUE: What is your name, where you are from, and what does music mean to you?

CHUUWEE: Well my name is CHUUWEE; I am from Sacramento, California. As typical as it may seem music means everything to me.

TRUE: Can you tell me a few things about the area you grew up in?

CHUUWEE: I grew up in South Sac it is very diverse. It can be very dangerous in certain parts but it is also very cultural. It is a beautiful place to me and I think it is amazing.

TRUE: What particular culture have you learned to appreciate more from being in a diverse environment?

CHUUWEE: Not necessarily because there are so many different people but it did allow me to appreciate different races.

TRUE: Can you name some artists that you listen to?

CHUUWEE: I have been listening to a lot of Erykah Badu lately. I listen to Jay Z, Nas , DMX, Mike Geronimo,  and I listen to a little bit of Foxy Brown now.

TRUE: Which of those artists have influenced the music you make?

CHUUWEE: All of the artist I listen to have influenced me in some way. I typically only listen to influential artists. I also listen to a lot of 90’s rap. I have a playlist of just music from the 80’s to the late 90’s.

TRUE: If you could collaborate with one of those artists you mentioned before, whom would it be and why?

CHUUWEE:  Jay Z probably only if it was like old Jay Z though. I want to make a classic Hov track with Hov.

TRUE: Who has supported you the most throughout your career?

CHUUWEE: I’d have to say my mom. She gives me advice not only as am emcee but as her son as well. She also made music when she was younger as well.

TRUE: What motivates the most the make a track between the beat and the lyrics?

CHUUWEE: it’s just about how I am feeling at the time I draw inspiration from anything.

TRUE: How does it feel to be on XXL’s “Freshman List”?

TRUE: Was it something you were expecting? How did you find out?

CHUUWEE: It was just one those, “Oh wow, really?” type of moments

TRUE: Can you tell us more about your new mixtape “Crown Me King?”

CHUUWEE: It is loosely and at the same time heavily based off of the French Revolution and King Louis XII. In his life they say that he “came into kingship out of nowhere. He cleaned up politics and changed the French government for the better.” So I feel like in that sense I am a new artist in the game, a lot of people do not know who I am. A lot of people are taking more time out to look at me. So I feel like I am coming out of nowhere and I am coming with something new and something new to the scene of Hip Hop that a lot of people are not doing.

TRUE: What track did you enjoy making the most?

CHUUWEE: Probably “Chariot”. I think I enjoyed making that the most because that is like educational trap music.

TRUE: Do you have any features on your mix tape?

CHUUWEE: I am waiting on some; I will not speak on them yet because it has not been confirmed.

TRUE: Your album Wild Style comes out a month after your mix tape; is there a different vibe between the two?

CHUUWEE: It is a very different feel. Wild Style takes a solid approach at professionalism and music as far as being more diverse in the range of audience. I am signed to a label now so I definitely have to take in account that I have to present what I do in a different way to allow it to be enjoyed by different people and a larger group of people.

TRUE:  Why did you name your album Wild Style?

CHUUWEE:  I chose the name because that fit to me.  It is classic golden 90’s era music. So I chose the name to pay homage to the show of course and to show case a more rugged sound of hip hop.

TRUE: Can you explain the two hybrid sub genres you created?

CHUUWEE: “Neo Boom Bap” is a blend of Neo Soul and Boom Bap and that just came from being bored. I was listening to Erykah Badu and I decided I wanted to make a genre of music. So I just started playing with those three years ago and I have actually crafted it into something that I do. “Hooliganarianism” that is the art and practice of being a hooligan. That’s just turnt up Hip Hop.

TRUE: What about Hip Hop has changed over the years for the better?

CHUUWEE: For the better I would say more unity. There are a lot more people taking notice to what others are doing as far as music.  There are a lot more crazy collaborations. An overall feeling of something again because for a minute Rap did not really feel like anything. It is good to see Rap music thrive for so long.

CHUUWEE: I think a lot of people take for granted that they have the ability to sell out concerts and anything that they say people are going to love. People take advantage of that and lose sight of what they are trying to do. You should take the power of suggestion that anything you say people are going to believe in. So you should take that power and say something besides what someone else is saying or besides something robotic.  I feel that everything mainstream represents and everything many people are listening to is because they have been drugged into that.  I feel that no one is taking that chance to say something else or to start another movement. I feel like no one is taking the power for the good that it has. Rappers have the ability to make a room of thousands of people do whatever they tell them to do. So I feel like someone should be saying something other than what is already being said.

TRUE: What do you think you can do to change that?

CHUUWEE:  I want to awaken people to what is going on.  I hear a lot of people saying that rap degrades people but none of that is true to me because it takes someone to be willing to degrade themselves in order for them to be degraded.  A lot of people’s perception is wrong. Someone talking about things that go on in the hood is not glorifying violence.  That is them awakening you to what is going on in their surroundings because people die every day. So I feel like people’s perception is wrong I am trying to show the people a different way of thinking.

TRUE: What song from your album would you say represents that perception that you want the people to see?

TRUE: What made you choose the name CHUUWEE?

CHUUWEE:  When I went to school this guy randomly started calling me “ Chuuwee Gomez” one day. I eat a lot and also because I was trying to be a chef.

TRUE: Is there anything you would like to say to the fans or add to the interview? 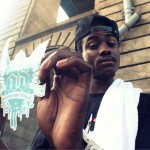 Reply
online casino no deposit at 10:45 am

Reply
on writing the college application essay at 3:15 pm

someone write my essay https://essaytag.com/

Reply
argument essay writing at 8:16 am

Reply
writing an essay about yourself at 10:39 am