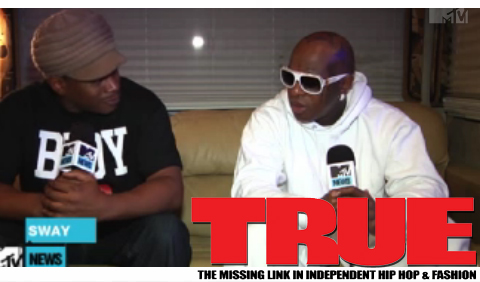 #BangBang – If Chicago rapper Chief Keef was looking to extend his fan base beyond his current Midwest stronghold, he got the chance when Kanye West remixed his single “I Don’t Like” for G.O.O.D. Music, but Ye isn’t the only one taking notice. Birdman tells MTV News that he’s on a mission to sign the 16-year-old rapper.

On the same night Kanye West tweeted that he would be remixing Keef’s single “I Don’t Like,” the Chi-town rapper tweeted that he was fielding calls from several parties interested in signing him, including Birdman. “Birdman Just Called He Say He Wanna Sign Me Wit #CMB,” he wrote in April.

And during Wednesday’s episode of “RapFix Live,” Birdman revealed that he is, in fact, working on adding Chief Keef to the ever-expanding roster at Cash Money. “I like him, he kinda reminds me of us,” Birdman told host Sway Calloway, referencing his all-star YMCMB team. “[He’s] out the streets, I think he’s swagged up and I’m definitely talking to his people and I’d like to see if we can make it pop, see if I can see if I can get him to be down with the team.”

Birdman noted that one of the things he admires about Chief Keef is that he already has his own devoted crew. “That’s what I like, it’s a movement and he’s young, I think the game needs young blood all the time,” he explained. “[We] need youngsters to keep it innovative, because they’re new and creative in their own way. I’m into the young world, that’s my thing. And I’ma do whatever it takes to make it happen.”

Kanye West’s “I Don’t Like” remix dropped this week with verses from Chief Keef, Pusha T, Jadakiss and Big Sean. Things are about to get very interesting for the upstart rapper.

TRUE MAGAZINES “I GOT NEXT” ANNUAL PREDICTION ISSUE FOR 2015

Reply
birds of prey free slots at 1:37 am

Reply
slots with high volitality at 7:58 am

Reply
gay bottom dating at 5:22 am