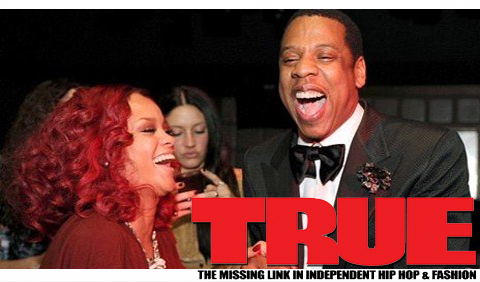 #RocNation – BBC’s Radio 1 has confirmed that Rihanna and Jay-Z will indeed be the two headlining acts in the expanding music lineup tied to the 2012 Olympic Games in London. The two are set to hit the stage during the BBC Radio 1 Hackney Weekend 2012, which will take place before the Games, from June 23 through the 24. Jay will hit the stage the first night of the festival (June 23) with Rihanna performing the following night (June 24).

Other acts set to perform include Jessie J, Ed Sheeran, Professor Green, Plan B, Flo Rida and Will.i.am. The event which is located at the Hackney Marshes in London will see a mix of more than 100 artists both UK and internationally based.

“There will be absolutely something for everyone: from Beethoven to Jay-Z, from Shakespeare to Mike Leigh,” said the Culture Secretary Jeremy Hunt at a recent news conference.

Rihanna has also recently been prepping for another performance, the filming of her upcoming “Where Have You Been” video. Not known for having great dance skills, the singer has teamed with choreographer Hi-Hat to help keep her in her comfort zone while still showing off moves we’ve never seen her do.

DMX & Machine Gun Kelly – ‘I Don’t Dance’ (Behind The Scenes)

Young Buck Shot At 11 Times In Nashville After A Cookout