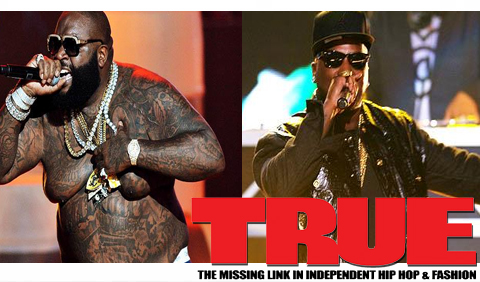 @BET #HipHopAwards – As we previously reported, a fight between Young Jeezy and Rick Ross went down backstage last night during the taping of the BET Hip Hop Awards show in Atlanta.

Despite initial reports of gunfire outside the venue, TMZ is reporting that Atlanta police say that didn’t happen although a fight did take place in the parking lot. Police used pepper spray to break up the brawl.

BET has issued a statement regarding the drama last night. You can read that below.

BET Networks works very hard to bring the best in entertainment to the city of Atlanta. For the past 7 years BET has celebrated the true art form of Hip Hop. Due to some misjudgment of select attendees, it is unfortunate that certain incidents took place. BET Networks does not condone any type of violence. Local authorities are working to resolve the situation as quickly as possible. Despite the actions of a few the 2012 BET Hip Hop Awards embodied the true spirit of hip hop and was not impacted at all by any incidents. Tune in on Tuesday, October 9, 8P/7C to watch the 2012 BET Hip Hop Awards.

VIDEO: A One Minute Hangout At The Odd Future Pop-Up Shop

Behind The Scenes: Casino Ft. Slice 9 – Killin It