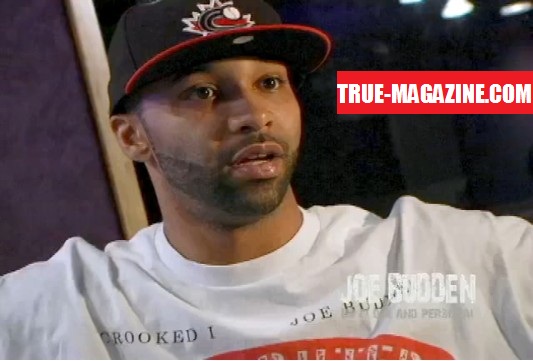 When a full house greeted Slaughterhouse at New York City’s Best Buy Theater on Thursday (March 29) night, they couldn’t help but notice that one of the quartet’s members, Joe Budden, was missing. After the group performed the songs “The Illest” and “Sound Off,” the group announced that Budden had been arrested by the NYPD. Budden was reportedly arrested for a warrant stemming from a 2007 traffic violation, reports MTV’s RapFix.

In response to his absence, the crowd began to cheer, “Joey, Joey, Joey.”

“We love Joey too, chanting for him ain’t gonna get him outta jail,” responded Royce Da 5’9.

Common talks about his new album, Kanye, album with Nas, No I.D. and acting