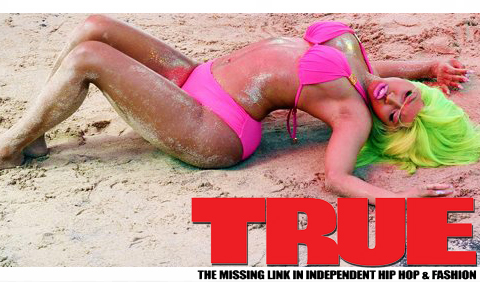 Apparently, getting it just right is more important than keeping it especially timely.

Nicki Minaj’s smash single “Starships” has been burning up the Billboard Hot 100 for nine weeks now, peaking at #5 a few weeks back and currently holding it down at #7. The pop-dance track was the official lead single (“Roman Holiday” and “Stupid Hoe” were promo singles) from her new album Pink Friday: Roman Reloaded, which debuted at #1 two weeks back.

All of which makes the fact that there’s been no official video release for the buzz-heavy track seem all the more glaring. Heck, she’s already released the video for “Beez in the Trap,” technically the album’s third single after “Starships” and “Right by My Side” featuring Chris Brown.

So when will we finally see the “Starships” video? Pretty soon, according to Minaj.

“It’s officially done,” Nicki told the U.K.’s Capital FM. “There was just one tiny little thing I wanted to change, but I know at the beginning of next week you guys will see it.”

But watch out, Nicki warns: “It may be too saucy for TV.”

Pictures of the rap/pop superstar hard at work on the clip surfaced in mid-March, showing Nicki looking amazing while sporting green hair and a pink bikini as she filmed in an exotic location.

At the time, Minaj told MTV News that seeing girls sporting her unique style has been an exciting byproduct of her fame. “I guess I am pop culture, just because what I’m doing seems to be popular. When people want to do what you’re doing, it’s kinda popular,” she said. “I don’t ask girls to wear pink hair; they just do it. It’s not about black or white; I think it’s just a statement. It doesn’t matter which color you are; it’s just a statement of being fearless.”

VIDEO: Hopsin Talks “Hop Is Back,” No Longer Knowing Who He Is + More