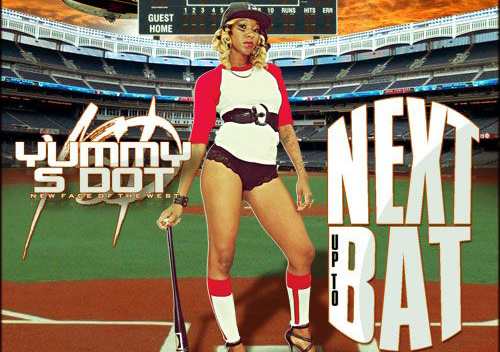 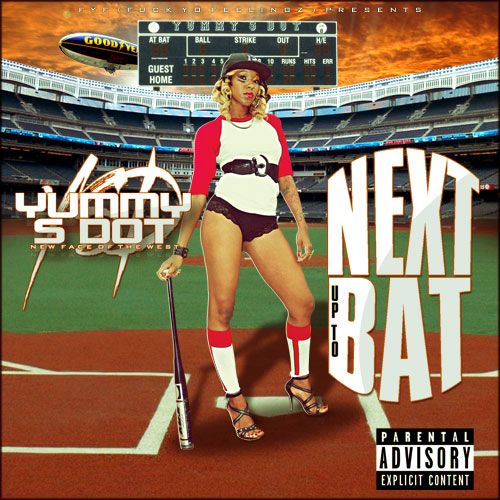 Yummy S Dot is a solo, independent artist, who grew up in Compton, Ca. She’s the C.E.O. of her own squad/label, F.Y.F. (Fly Yong & Flashy/Fresh Young & Fitted/Fk Yo Feelingz), which consists of rappers, singers, models, fashion designers/stylists, cosmetologists and more. She’s C.E.O. of upcoming business, Y.S.D. Promotions. She also represents The She’j3ctz (Females of “The Rej3ctz” – Cat Daddy, of Chris Brown Ent.). She is the first She’j3ct to release music.
Not only is Yummy S Dot a rapper, but a writer (music & scripts), singer, model and an actress. Starting off in church, music came naturally from childhood on. Now she is is 23 and ready to be the NEW FACE OF THE WEST COAST & of the music world! Yummy S Dot has a very long list of collaborations with many artists such as Crooked-I (of Shady Records, Formally of Death Row), YG Hootie (of Brick Squad), Bad Azz (of DPG), The Finatticz, Compton Menace and The Rej3ctz, just to name a few.

Her current project “Next Up To Bat” was released April 2012, with many surprise features. She was also selected as VIBE Vixen of the Day August 15, 2012 ( http://www.vibevixen.com/2012/08/vixen-yummy-s-dot/ ). She was also the first indie artist to be played on UrbanSoulRadio.Fm for the second season. Her current single “What You Sippin’ On” has been placed on the #WeBeApproved Volume 4 Mixtape, hosted by Radio Personaity Diana Wehbe of 99.1 KGGI, League of Starz and DJ Muda (Official DJ of Problem).

Please check out her other Official Video “Badd Bitch Dougie”

Reply
writing a cause and effect essay at 2:42 am

Reply
writing an essay introduction at 2:12 am

Reply
write opinion essay at 9:35 am

writing an essay about yourself https://buy1essay.com/

Reply
free cash no deposit casino at 9:12 am

Reply
online casinos for real money at 8:30 am

writing a cause and effect essay https://essaytag.com/

Reply
writing compare and contrast essays at 12:08 am

Reply
teen dating site gay only at 7:26 am